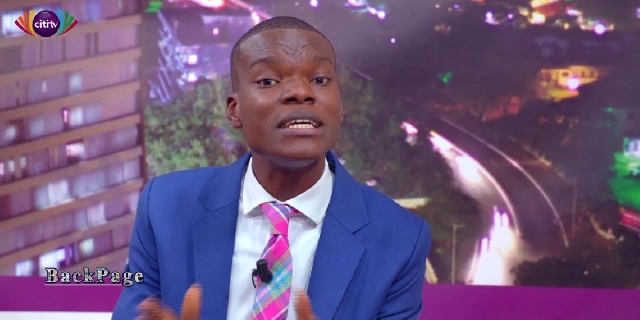 Citi FM journalist Caleb Kudah has said he was slapped repeatedly by the national security operatives who arrested him on Tuesday, 11 May 2021 at the premises of the Ministry of National Security for secretly recording some alleged abandoned cars within the MASLOC yard.

Meanwhile, the main opposition National Democratic Congress has condemned the Rambo-style invasion of the Adabraka-based media house by seven heavily armed police officers to arrest Zoe Abu-Baidoo, a colleague of Caleb’s to whom he apparently forwarded the secretly recorded videos via phone.

The party said the incident feeds into complaints that there is a resurgence of a culture of silence under the Akufo-Addo government.

The party’s Deputy Communication Officer, Mr Godwin Ako Gunn, told Class91.3FM’s Kofi Oppong Asamoah on 12Live, the mid-day news, on Wednesday, 12 May that the police sank to the abyss with their action.

“This is something to feed into the mindset that many are saying that we are now going back to the culture of silence”, he explained.

To him, the police could have gone about things in a more professional manner.

“For instance, if a media person working in a recognised media institutions errs – let’s even admit that he has erred because nothing, so far, has been proven that this reporter from Citi FM has done anything wrong – this is a recognised radio station that executives or directors of this media house can be called and asked to provide these two reporters to answer questions”, he noted.

“How difficult will this be?” Mr Gunn wondered, adding: “But look at this Rambo-style; if not for the purposes of intimidation or to shut them up [then I don’t know]. But it is unfortunate”.