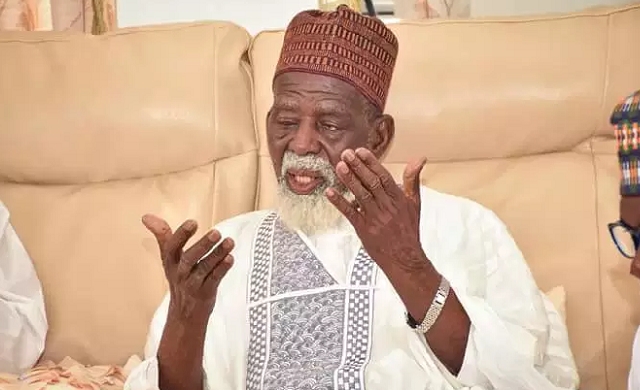 The National Chief Imam, Sheikh Osman Nuhu Sharubutu, has suspended his Personal Assistant, Alhaji Khuzaimah Osman, from acting as an officer of his office.

This was disclosed in a statement issued by the Secretary to the Chief Imam Advisory Board, Alhaji Ali Kadiri-English, on Thursday, 17 September 2020.

According to the statement, Sheikh Osman Nuhu Sharubutu, “in Consultation with his Advisory Board, has indefinitely suspended Alhaji Khuzaimah Osman from acting as an officer of the National Chief Imam Office with immediate effect.”

The statement further advised the general public “against engaging” the services of the suspended officer.

Meanwhile, “in his place, Dr Mohammed Marzuk Abubakar Azindoo takes over as the Executive Director of Sunset Fund, and the P. A. to the National Chief Imam.”