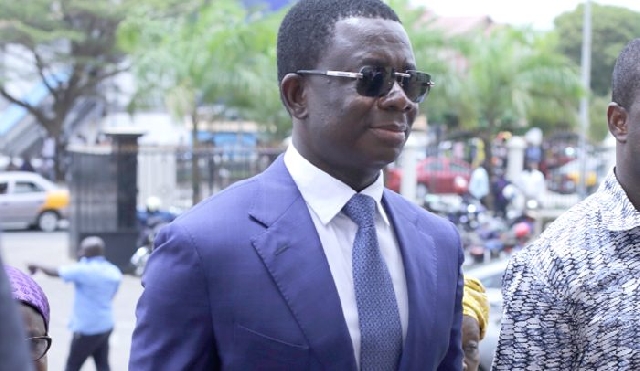 Former CEO of COCOBOD, Dr. Stephen Kwabena Opuni, and businessman, Seidu Agongo, have appealed against the Accra High Court’s ruling dismissing their submissions of no case.

The two gentlemen filed the appeal at the Court of Appeal.

They have, subsequently, filed an application for stay of proceedings seeking to put their trial on hold until the final determination of the appeal.

At the last sitting the Accra High Court asked Dr Opuni and Mr Agongo, to open their defence on 24 of the 27 charges levelled against them by the state in the ongoing GHS217 million financial loss case in connection with the procurement of fertiliser by the state-owned cocoa company.

The two men have been standing trial since 2017.

Subsequently, Dr. Opuni filed for submission of no case arguing that the prosecution had not proven its allegations against them.

However, the presiding judge Justice Clemence Honyenuga, a Supreme Court judge sitting with additional responsibilities as a High Court judge said the state has successfully proven that the accused persons have a case to answer for 24 of the 27 charges.

The case was adjourned to today, Monday, May 17.