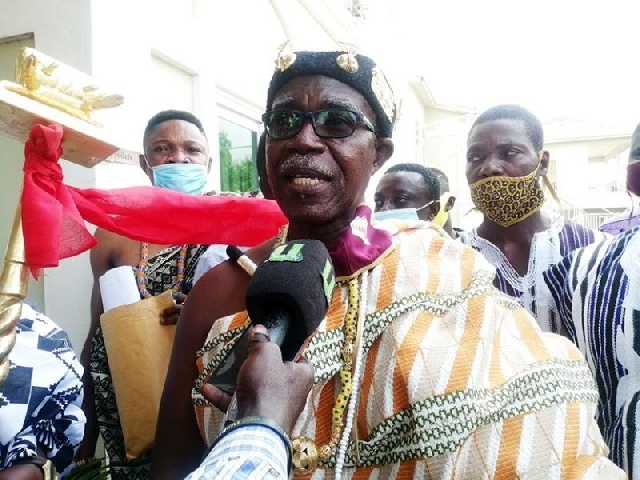 The Nii Afutu Brempong Family of Pantang, a suburb of Accra, has urged the government to pay them full compensation for the lands it acquired for the establishment of the Pantang Mental Hospital and the National Orthopaedic Centre.

The family said the government acquired 87.2 acres of their land for the Pantang Hospital and 344.9 acres in 1980 for the National Orthopedic Centre but had, over the years, failed to respond to the family’s call to pay compensation for it.

“The family has been engaging the government in many fora for compensation to be paid and also release the vacant land outside the acquisition to the family for their use but it appears that there is no realistic hope of the government finding funds to settle the compensation,” the chief of Pantang, Nii Kotey Afutu Brempong III, said in a statement.

The statement said a judgment of an Accra High Court on 30 March 2011 delivered by her Ladyship Justice Mrs Elizabeth Ankuma, held that the Pantang Hospital had encroached a portion of the land belonging to the family.

“This clearly shows that the hospital does not own all the parcel of land around it, neither does it have ownership over every available stretch of land in and around the hospital. But the hospital has left its acquired land of 87.2 and 344.9 acres, which the family has still not been compensated for,” it said.

Nii Kotey Afutu Brempong further stated in the statement that rather than the government paying the compensation to the family, the management of the Pantang Hospital has been fighting the family over portions of the land left for them.

According to him, the fight is what triggered recent demonstrations and sit-down strikes by the staff of the hospital who claimed the hospital’s land been encroached.

“The family is amazed at how staff of the hospital have shown much interest in the land belonging to a family but not the hospital, hence leaving their required responsibility to serve and save the lives of mankind, for which they have sworn an oath, and fighting for lands which they have no institutional knowledge about,” he said.

“As a chief of the town and also a citizen of Ghana, I have made up my mind to step in to resolve the hospital and family issues amicably to allow cool heads to prevail.”

“I and my council are putting every available structure in place to help solve all these teething problems and nib it in the bud”, he pledged.

He also announced the appointment of an attorney to administer lands under his jurisdiction.

“So, a company by name Maspaco has been given this power of attorney to administer the lands in Pantang in consultation with the council of elders and principal elders of the family and the family taskforce made up of the youth,” he said.