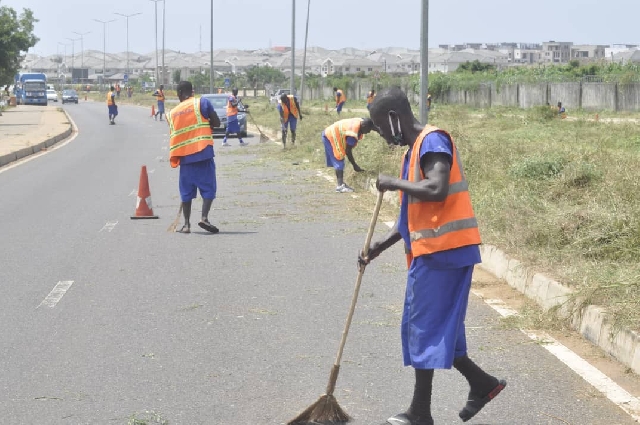 Some inmates cleaning the cityrcise

The Ghana Prisons Service has intensified its ‘Clean Ghana Campaign’ to clear all major streets and highways within the capital of filth.

The exercise, which commenced a year ago, received sterling remarks from the general public until it was temporarily put on hold in March 2020 by the authorities of the Ghana Prisons Service as a result of the President’s imposition of a partial lockdown in the Greater Accra and Ashanti regions, as part of measures to control the spread of COVID-19.

According to ASP Samuel Kofi Opoku of the Prisons Headquarters, the Service and its private waste management collaborator Zoomlion Company Limited, recognise the need of ensuring the “safe custody and welfare of inmates.”

In contributing its sanitation quota to the nation, as part of the government’s efforts to make Greater Accra the cleanest city in Africa, the Service said it has mapped up strategies to clear all garbage on the streets, desilt gutters; clear the weeds along the highways, pavements and roundabouts, as well as clear loose sand from the streets so as to keep a clean and welcoming environment during and after the novel coronavirus pandemic. 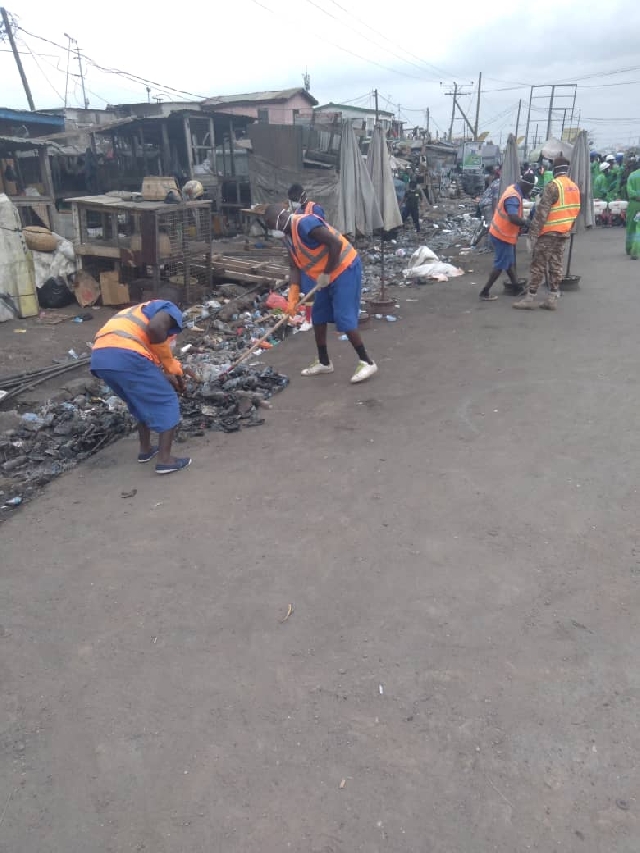 President Akufo-Addo, on 23 April 2017, made a declaration to make Accra the cleanest city in Africa by the end of his first term in office.

Speaking at a ceremony where the President of the Ngleshie Alata Traditional Council, Oblempong Nii Kojo Ababio V, together with the chiefs and people of Jamestown, enstooled him as a chief of Jamestown, with the stool name Nii Kwaku Ablade Okogyeaman’, President Akufo-Addo said: “The commitment I want to make, and for all of us to make, is that by the end of my term in office, Accra will be the cleanest city on the entire African continent. That is the commitment I am making to you.”