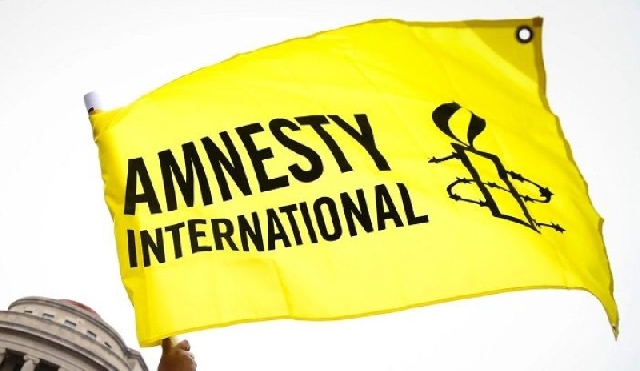 Amnesty International Ghana has called on Ghana’s law enforcement agency to put in place measures to ensure justice is served to people murdered in the country.

In a statement, the group expressed concerns over the recent killings in Mankessim and other parts of the country giving rise to insecurity concerns.

“We call on authorities to as a matter of urgency investigate these killings and the perpetrators duly punished. We urge the judiciary to punish anyone found guilty of such heinous crimes.

“As reported by media outlets, 25-year-old Georgina Asor Botchwey was murdered and buried in the apartment of one of the two suspects after being declared missing since 10th September 2022 in Mankessim,” Amnesty International narrated in a statement dated September 28, 2022.

The group also reiterated its stance and call for the death penalty to be abolished in Ghana regardless of the crimes committed.

They suggested that life imprisonment should replace the death penalty as a form of punishment for crimes. 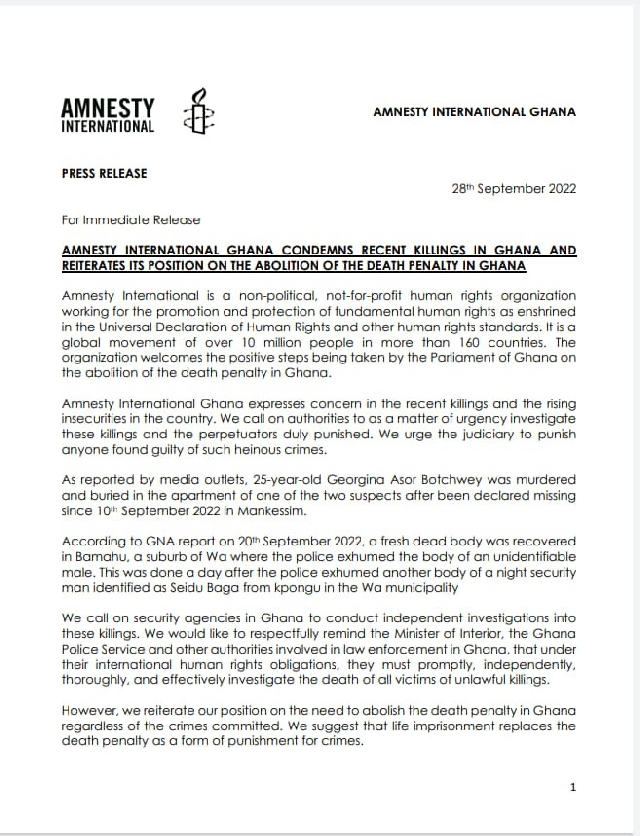 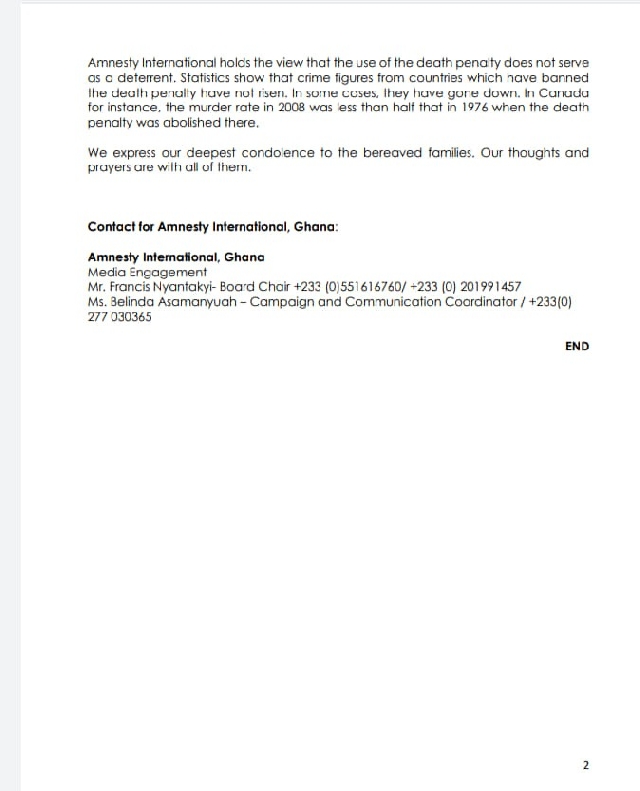