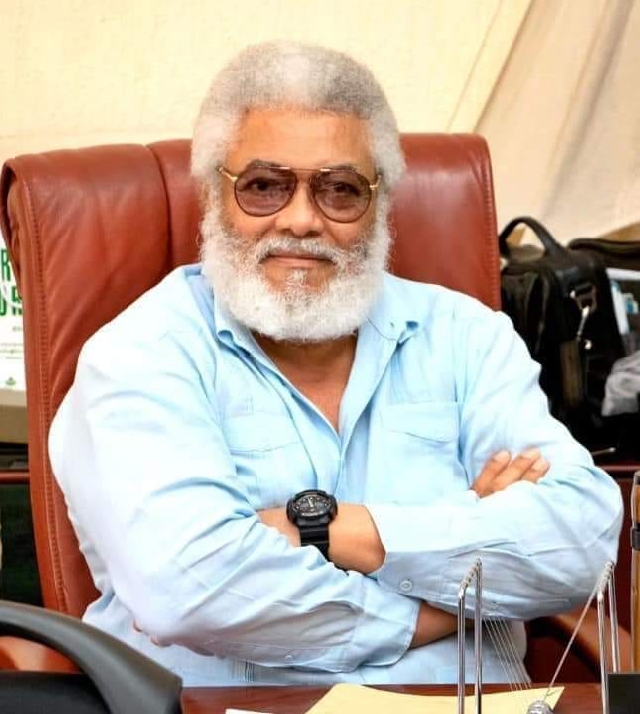 As part of the celebration, a team, delegated by the former President, made donations of Personal Protective Equipment (PPE) and other relief items to the Pantang Hospital, Mawuvio Outreach Orphanage at Ayikuma and the Accra Mental Hospital at Asylum Down.

Packages of provisions were also distributed to vendors and other less-privileged persons along the Fiesta Royale Traffic Lights, and the Kawukudi Junction on the same day.

He led a military junta until 1992, and then served two terms as the democratically elected President of Ghana.

Rawlings initially came to power as a flight lieutenant of the Ghana Air Force following a coup in 1979.

Prior to that, he led an unsuccessful coup attempt against the ruling military government on 15th May 1979, just five weeks before scheduled democratic elections were due to take place.

After initially handing power over to a civilian government, he took back control of the country on 31 December 1981 as the Chairman of the Provisional National Defence Council (PNDC).

In 1992, Rawlings resigned from the military, founded the National Democratic Congress (NDC), and became the first President of the Fourth Republic.

He was re-elected in 1996 for four more years. After two terms in office he handed over power peacefully to John Agyekum Kufuor of the New Patriotic Party (NPP) who won the 2000 election.