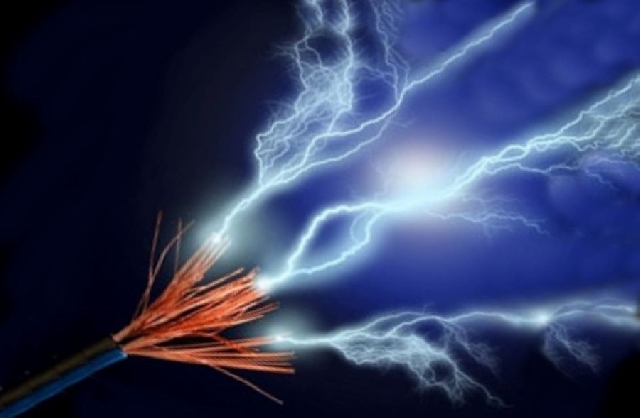 Tragedy hit Amanfrom, a small farming community near Hwidiem, the capital of the Asutifi South District in the Ahafo Region, when seven members of a household were electrocuted during a severe rainstorm last Friday evening.

The victims were among 10 persons in the house who stepped out to seek refuge in nearby houses when the rainstorm, which was accompanied by thunder, ripped off the roof of their house.

According to the police, the striking of thunder disengaged the main electrical cables from an electric pole and the victims accidentally stepped on some live wires in the process of escaping the danger.

The deceased include Rebecca Kwarteng, 30, and her three biological children — Simon Agyeman, 7; Agyenim Boateng, 4 and Emmanuella Agyeman 2, as well as her stepson, Christian Oduro, 14.

The two other victims were identified as Kaakyire, 25, and Yaa Bertha, 29. Three others sustained injuries.

He said the bodies had been kept at the St Theresa's Catholic Hospital mortuary at Hwidiem pending autopsy while the three who survived the incident were currently responding to treatment.

ASP Loh said initial investigations indicated that the victims might have accidentally stepped on the naked wire which had fallen off the poles, causing their electrocution.

In another development, the driver of a hearse, a Benz Bus with registration number BA 242 - 18, conveying a body from the mortuary to the venue of a funeral died on the spot when the car was involved in an accident last Friday at Botokrom near Berekum in the Bono Region.

The deceased, identified as Anthony Kwabena Obeng, 49, was driving the hearse from Drobo in the Jaman South Municipality towards Berekum when the accident occurred.

The Berekum Municipal Commander of the Motor Traffic and Transport Department (MTTD) of the Ghana Police Service, DSP Ernest Ankamah Addo, confirmed the incident to the Daily Graphic yesterday.

According to him, the hearse somersaulted and landed in a nearby bush, resulting in the death of Obeng.

DSP Addo said the body of Obeng, as well as the one in the hearse, had been deposited at the St Anthony Hospital mortuary at Drobo.

He, however, said the police were still conducting investigations to ascertain what actually caused the accident.