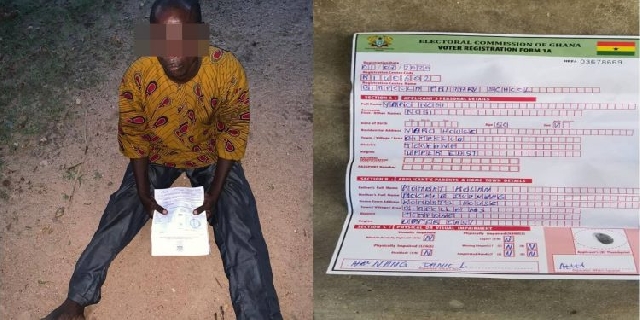 Officers of the Ghana Immigration Service at the Pulimakom Border Post in the Upper East Region on Wednesday, 1 July 2020, say they arrested a Togolese for attempting to acquire a Ghana voter identification card.

Mr Bouguiligue Kouassi Kampe was picked up in a joint Immigration-Police operation at the Bimpelle Primary School registration centre at Woriyanga at the Tempane District upon a tip-off.

The suspect, who used the name ‘Yaro Kosi’ for the registration exercise and was waiting in a queue for his photograph to be taken, admitted during his interrogation that he entered Ghana through an unapproved route. 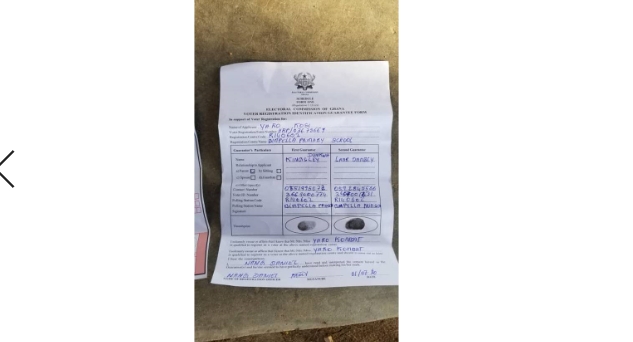 Two persons guaranteed for Mr Kampe to get his name into the Ghanaian voter roll.

The suspect has been handed over to the police and an investigation is ongoing to apprehend the two guarantors. 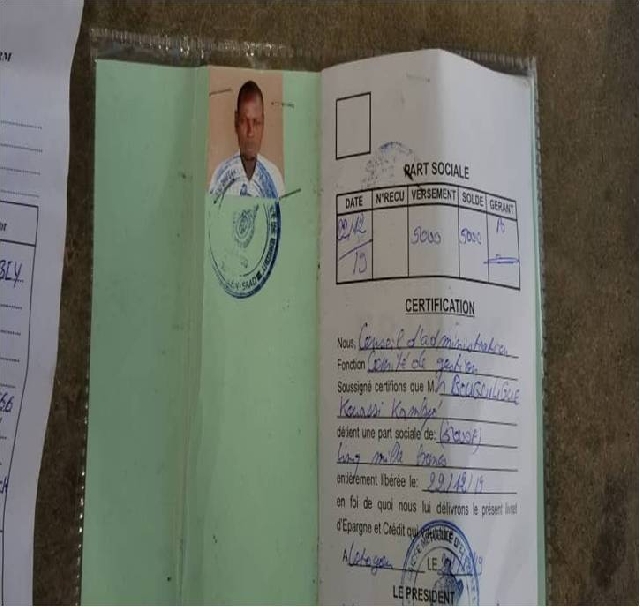 Over the past few days, there have been accusations and counter-accusation between the government of Ghana and the biggest opposition party, the National Democratic Congress (NDC,) over the deployment of army personnel to the border towns to ensure aliens do not infiltrate.

Defence Minister Dominic Nitiwul, during the exchanges, said the NDC and its Minority in Parliament must bow their heads in shame for playing propaganda with the deployment, which, he explained, was aimed at stopping citizens of Ghana’s neighbours from smuggling themselves into her territory with more COVID-19 cases.

The Bimbilla MP’s comments came after the Volta Caucus of Ghana’s Minority in Parliament, on Monday, 29 June 2020, gave the government a 24-hour ultimatum to immediately withdraw the army personnel, particularly from its electoral stronghold, Volta Region.

The Chairman of the Caucus, Mr Emmanuel Bedzrah, told journalists at the NDC’s bi-weekly press briefing that: “The fire has been lit and we the Voltarians are ready”.

Responding to the NDC Minority at a press briefing organised by the Minister of Information, Mr Nitiwul said: “I believe that if they are watching this press conference, they will revise their notes and they should be bowing their heads in shame because they lied to the people of Ghana”, adding: “As we have all been told now, the numbers in the Volta Region are some of the lowest of the deployment, so, when you are giving the ultimatum, are you giving the ultimatum for those in the North-East Region to also be withdrawn, those in the Northern Region to also be withdrawn?”

“Are you speaking for those people as well? What about Upper West? They should also withdraw as well when Tumu people are happy that the soldiers are there and they have been there for a year-and-a-half? It’s not like yesterday that security personnel have been deployed. Other people have been with them for a year-and-a-half”, Mr Nitiwul said.

Mr Nitiwul explained that the soldiers and officers of the Ghana Armed Forces have been deployed to border areas across the entire country and not just to the Volta and Oti Regions as claimed by the Minority and former President John Mahama.

The ‘Enhanced Calm Life’ operation, he noted, will last for as long as the President keeps Ghana’s borders closed.

“I am giving you these statistics for you to know that there’s no agenda against a particular tribe”, Mr Nitiwul said, adding: “In fact, if you add the numbers, the Konkonbas, which is my tribe, have the most soldiers stationed [with them] than any other tribe in Ghana. I have an agenda against my own tribe?”

According to him, the Konkombas are the majority tribe in the North-East and Oti Regions, insisting: “There’s no agenda of the government of Ghana against any particular tribe”.

“I want to urge the people who are going on that particular tangent to drop it. It doesn’t help us”, the minister noted.

He said the Volta Region has the fourth-highest number of military personnel deployed there (98) relative to the Upper East – 207, Northern Region – 110 and North-East Region – 102.

“So, I want the chiefs and the people of the Volta Region to know that the information the NDC Minority and former President John Mahama are feeding them is pure propaganda”, Mr Nitiwul said, adding: “It should be ignored, it’s pure mischief, it’s pure propaganda”.

He said: “We have deployed across the entire country and the purpose is to aid and support the Ghana Immigration Service to stop people from crossing [into Ghana] because we have too many unapproved routes and the COVID numbers are getting higher and higher and higher and we will not sit aloof and allow our people to die because people have crossed into our country”.

Mr Nitiwul said: “If people have any reason – whether NDC, NPP, CPP or any other party – of bringing in anybody for whatever purpose, the protocol is very clear: Bring them in through the approved channels. Let them be quarantined for 14 days, then they can do whatever they want to do. But for the people of Ghana, I’m concerned about their health. It’s my duty to make sure that the people of Ghana are safe, and, at this particular time, we are all in danger”.

“For anybody to suggest that we just deployed only to Aflao or Volta Region, it’s misplaced, its misinformation and the person is just seeking mischief”, he stressed.

The Defence Minister urged eligible Ghanaians in the Volta Region to go about their electoral processes without fear or favour since the army personnel are not there to intimidate but rather protect them.

“The people of the Volta Region, particularly the chiefs and people will register and register well. The people of Ghana will register and register well. The soldiers are not coming to any polling station, the soldiers will be at the border to stop people from coming in or going out across the whole border – Volta, Oti, Northern, North-East, Upper East, Upper West, Bono, Western-North and Savanna – ... and the soldiers are to help the Immigration [Service] to stop anybody from crossing into Ghana or leaving Ghana because our borders are locked to human traffic. What we’ll accept is cargo but for human traffic, we’ll not accept”.

“If you want to bring any human being in, go to the Ghana Embassy, register and that person will come in and spend time at his own cost for a quarantine period of 14 days and once we are OK that that person is not a COVID-19 patient, that person can go. But to think that a responsible government, when the numbers [of COVID-19] are going up, will sit and fold our arms to allow people just to come in because a particular party wants people to come in, that one will not happen”.