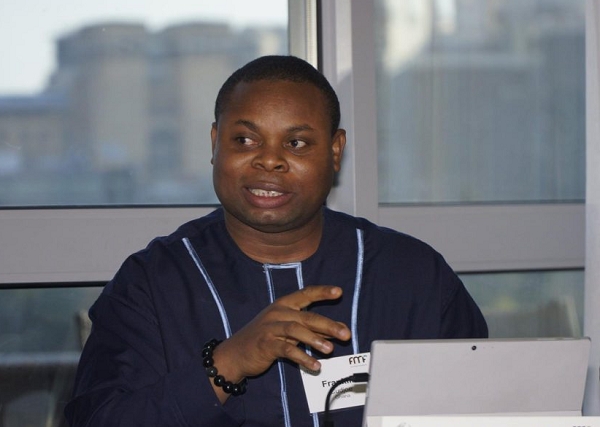 The president of policy think tank IMANI Africa, Franklin Cudjoe, has expressed disappointment with the Supreme Court’s dismissal of an amicus brief filed by the group and three other think tanks through which they sought to join a consolidated case in which the National Democratic Congress (NDC) and a Ghanaian citizen, Mark Takyi Banson, are asking the apex court to prevent the Electoral Commission (EC) from prohibiting the existing voter ID card from being used as a breeder document for compiling a new register.

According to the bench, the amicus brief filed by the think tanks did not necessarily bring anything new to the case and also, their previous utterances in the media suggest that they are supportive of one party in the case and hence cannot be a neutral party.

The bench also wondered why the think tanks had not shown interest in the first writ regarding the NDC vs Attorney General and EC, which also sought similar reliefs.

Speaking to journalists after the court ruling, Mr Cudjoe said although they accept the court’s decision, he was surprised their application for amicus brief was dismissed.

He said: “On the outset of this application, we did say we were at the benevolence, more or less, of the law, so, what they decide to do, we will live with it. It's just that we’re disappointed though that they didn’t even consider the brief itself”.

“We think they would have benefitted greatly from it but the laws have spoken and we can’t quarrel with that; we just have to live with it but I hope that the decision they arrive at eventually would be a decision everybody can live with in this country, otherwise I’m just disappointed and I’m sure my colleagues here are equally disappointed.”

The IMANI boss continued: “This was an introduction to how cases are determined in court. I was quite awed, even at some point I was laughing all through but I guess lawyers know their trade and the judges also know their trade, so, you can’t fault them, they did what they had to do but I think that to suggest that the amicus was just not neutral was a bit far-fetched, really.”

The three other think tanks in the case are Alliance for Social Equity and Public Accountability (ASPEA), Conservative Policy Research Center (CPRC) and Institute for Liberty and Policy Innovation (ILAPI).

Judgement on the substantive case has been set for tomorrow, Thursday, 25th June 2020.