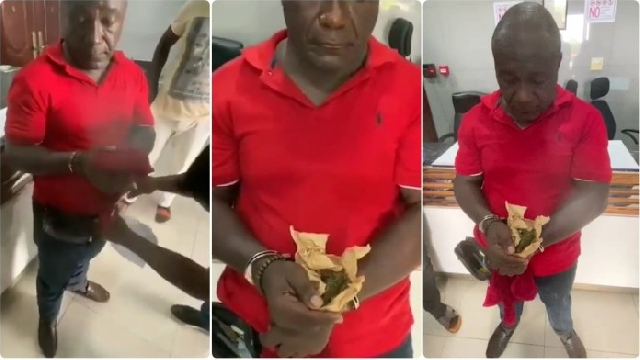 Apostle Kwabena Owusu Adjei, the pastor who threatened to kill the Chair of the Electoral Commission, has been granted bail in the sum of GHS100, 000 by the Accra Circuit Court on Tuesday, 23 June 2020.

This was after his lawyer argued for a bail for him amidst resistance from the prosecution.

The accused person pleaded not guilty to the charges of threat of death contrary to Section 75 of the Criminal and Other Offences Act, 1960 (Act 29), unlawful possession of narcotic plants and assault on a public officer.

He is also to report himself to the police investigator twice a week – Mondays and Fridays – until the final determination of the case.