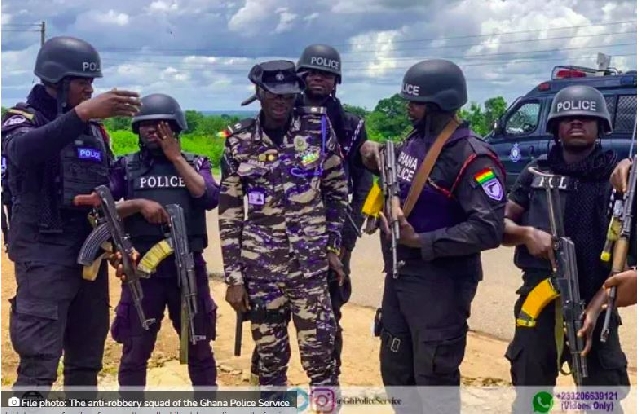 A group calling itself “Justice for Albert Donkor” has given the Nkoranza South Municipal Police command a 48-hour ultimatum to provide the whereabouts and health status of a suspect in their custody known as Albert Donkor or face their wrath.

According to the group, Mr Donkor’s whereabouts are unknown after the police picked him up on 25 April 2022 for alleged robbery.

The angry youth, in a statement, said they don’t want to believe alleged reports that Mr Donkor, while in Police custody, was tortured to death and, therefore, want the law enforcement officers to provide his whereabouts immediately.

The group, while urging the youth of Nkoranza to exercise patience, called on the Member of Parliament for the area as well as chiefs, religious and opinion leaders to address them on the subject matter before they take any action. 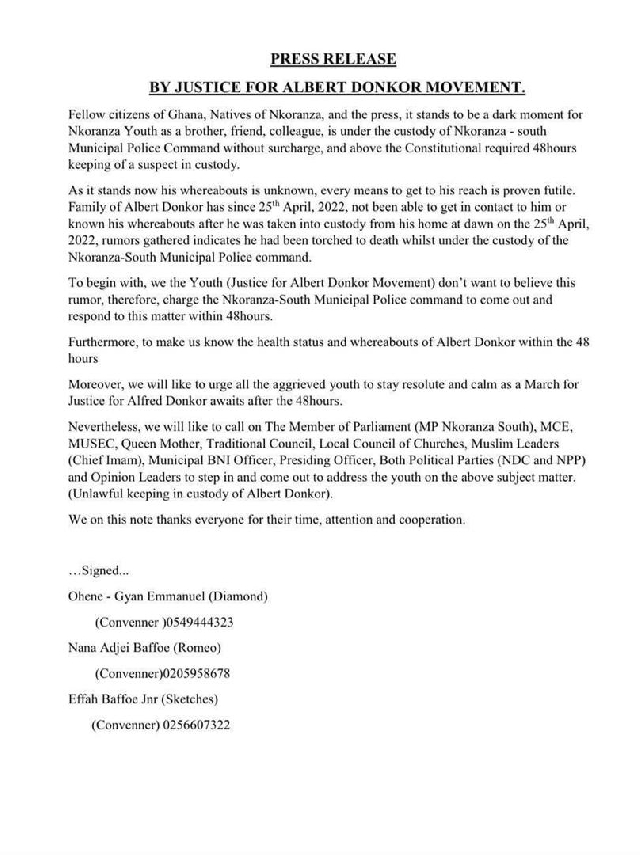