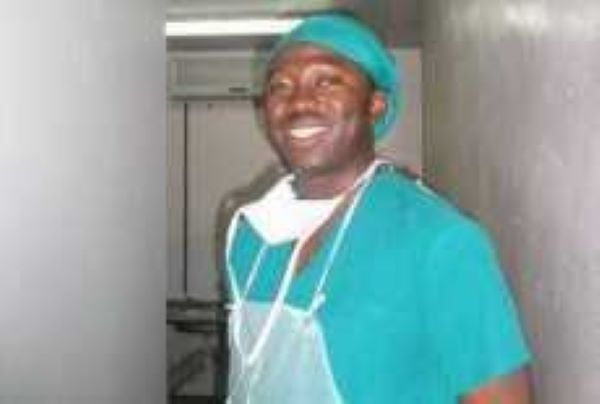 This comes on the back of the expiration of the tenure of office of the Dr Daniel Asare on Thursday, 3 September 2020.

In a letter to the Minister of Health, Dr Kwaku Agyemang-Manu from the Presidency signed by Secretary to the President Nana Bediatuo Asante, the presidency said: “The President of the Republic has nominated Dr. Opoku Ware Ampomah for appointment as the Chief Executive of the Korle-Bu Teaching Hospital.”

The letter also directed Dr Agyemang-Manu to take the “necessary steps to regularise the said appointment in accordance with the relevant provisions of the Ghana Health Service and the Teaching Hospitals Act, 1996 (Act 525).”

The Board of the hospital, had earlier, in a statement signed by the Acting Board Chairman, Jerry Ahmed Shaib, informed “its cherished staff and the general public that the term of office of Dr. Daniel Asare, the Chief Executive Officer (CEO) of the Hospital, comes to an end with effect from 3 September 2020.”

The Director of Medical Affairs, Dr Ali Samba, was asked to act as CEO of the hospital until a substantive appointment was made.

The newly-appointed CEO, who is the Director of the National Reconstructive Plastic Surgery and Burns Centre at the hospital, is a Consultant Plastic Surgeon.