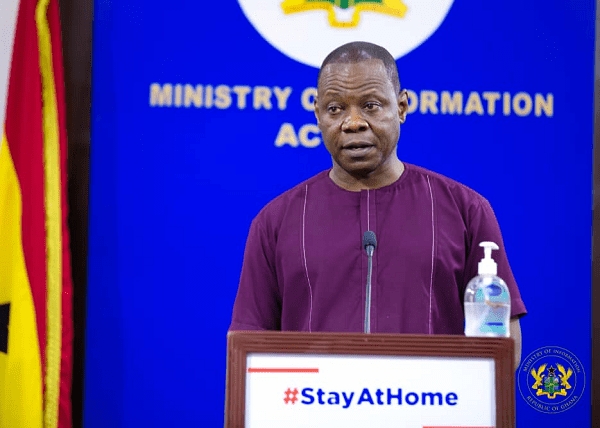 The Ghana Health Service has described as “unfair” and an “affront” to its “professional integrity”, an allegation by pressure group OccupyGhana that it is massaging the death numbers of the COVID-19 pandemic in Ghana.

OG had said in a statement that it has cause to suspect that the government was massaging the COVID-19 death toll and also accused officialdom of lacking candour as far as dealing with the virus is concerned.

“The case count is growing steadily by the day – about 200 to 300 new cases per day. At the last count, we had 7,652 confirmed active cases even though that number could be higher (the total number of confirmed cases is 11,964.)”, OccupyGhana said in the statement issued on Monday, 15 June 2020, observing: “There is cause to suspect that the death numbers are being massaged”.

It explained: “The reported 54 deaths so far cannot be right. For instance, even though 38 deaths have been reported from the Ashanti Region alone, less than 20 of those deaths are included in the national count!”

OG warned: “If the public suspects under-reporting etc, there will be a loss of trust in the reporting system and that will have consequences that will influence public behavioural responses”.

In response to OG, the Ghana Health Service, in a statement signed by its Director-General Dr Patrick Kuma-Aboagye, said: “The reporting on data including deaths and recoveries at the national level goes beyond just numbers and includes epidemiological and clinical states of the cases. It requires a bit more time to verify and validate. In that context, the Regional-level data will normally be higher than the national data at any given time.”

“Going by this norm, the region will first report through their Situational Report to Director-General and other partners. We must remember that the Regional Health Administration is part of the Ghana Health Service and as such if there is a grand scheme to massage the figures on deaths as is being alleged, the region will not report such figures through its situational report. This allegation of data massaging, in our opinion is very unfair and an affront to our professional integrity”.

Before the GHS statement, the Presidential Advisor on health, Dr Anthony Nsiah Asare, said at a media briefing on Tuesday, 16 June 2020 at the Ministry of Information, that the “figures that you see, that’s what we put forward”.

“There is an implementing agency, so, this COVID-19 fight is led by Ghana Health Service, the teaching hospitals and the ministry of health is the policy level who is also organising them and then we have a presidential task force.”

He noted: “We see the figures as you have seen here today and then we then use the figures to plan and monitor whatever is going on.  We then target the regions and the districts where we are to send resources.”

“We don’t generate any figures; we don’t manipulate any figures at the presidency or for that matter the presidential task-force level. When the figures are put forward, we take it, plan with it, monitor and then supervise whatever is going on in the country.”