3.2m Ghanaians fed during lockdown: How did you do the counting? – Ablakwa to Ofori-Atta 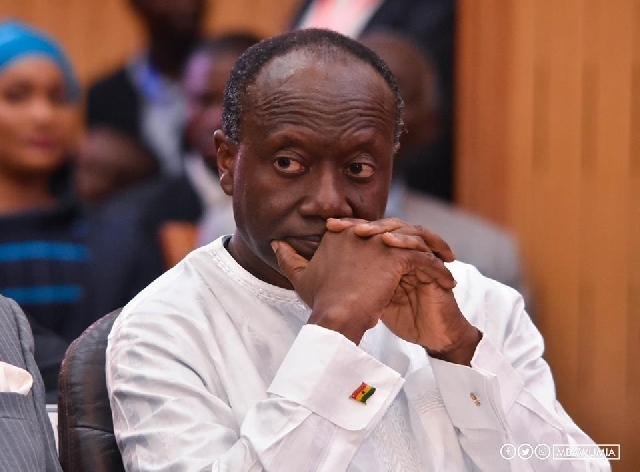 Member of Parliament for North Tongu, Samuel Okudzeto Ablakwa, wants the government to share with the citizenry how they counted that of 3,214,723 million Ghanaians were given free food despite the chaos and lack of record-keeping during the Covid-19 lockdown.

In a Facebook post, Mr Ablakwa said “We remember the chaotic scenes from government’s food distribution in Accra, Tema, Kasoa and Kumasi during lockdown; however, Ken Ofori-Atta claimed in Parliament yesterday that government served 3,214,723 persons — that’s more than 10% of Ghana’s current population.

“He provided the total cost as a staggering GHS54.34million (for hot food and dry food). Can government kindly share their secret with the citizenry on how they did the counting despite the chaos and obvious lack of record-keeping?

“It seems Parliament’s joint committee of Health and Finance have been offered a really tough assignment.”

Giving an account to parliament on the government’s utilisation of the GH¢19.3 billion realised for the various Covid-19 interventions, Mr Ofori-Atta said: “A total amount of GH¢12.1 million was utilised for the distribution of the packed hot food in Accra, Tema, Kasoa and Greater Kumasi”.

“This includes the cost of transportation of packed food in some suburbs of Greater Kumasi by NADMO”, he explained.

“The expenditure for the provision of hot meals during the lockdown served about 2,744,723 persons for the period of the lockdown at a unit cost of GH¢4.32”, he added.

Also, he said “a total amount of GH¢42.24 million was expended on the distribution of dry food packages through faith-based organisations in Greater Accra and Kumasi”.

“A total of about 470,000 persons received these food packages”.

Meanwhile, the Speaker of Parliament, Alban Bagbin, has charged the Health and Finance Committee to probe the use of the Covid funds.