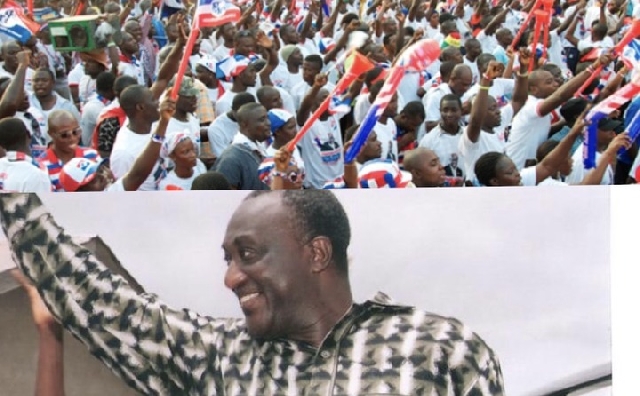 The grassroot supporters of the New Patriotic Party (NPP) in the Ashanti regional capital, Kumasi, were sharply divided over Alan Kyerematen and Alhaji Mahamudu Bawumia at the funeral grounds of the late mother of Cecelia Abena Dapaah on Saturday, November 19, 2022.

Among the dignitaries at the said funeral were Ghana’s Trade & Industry Minister and the Vice President.

In an attempt to show superior popularity, the supporting halves of the NPP stalwarts engaged in constant shouting and singing by way of cheering their preferred candidate.

The supporters of Alan Kyerematen outnumbered and overpowered the Bawumia supporters.

Politicking at funerals, in recent times, has become part of political showmanship, especially in the political parties' internal contests.

It will be recalled that Alan Kyerematen’s supporters overpowered their opponents in the Bawumia camp by show of numbers and force at the funeral of the late mother of Asenso Boakye, Member of Parliament for the Bantama constituency.

Similar incidents were reported during the funerals of the late Sir John and Dr Amoako Tuffour.

The NPP is gearing up to conduct its parliamentary and presidential primaries after successfully running all internal elections in 2022.