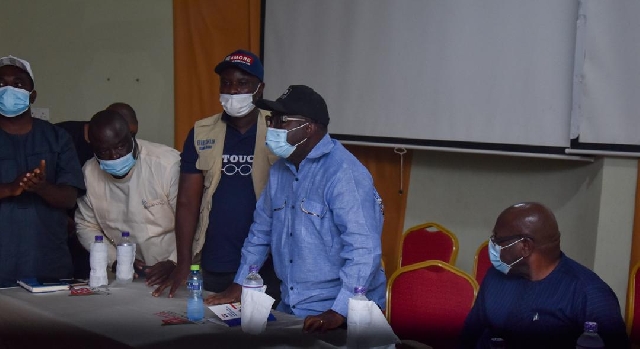 Chairman Blay (in blue shirt) at the meeting

The National Chairman of the governing New Patriotic Party (NPP) has started a nationwide tour to assess, at first-hand, the readiness of the party machinery ahead of the December general elections.

Mr Blay began his tour on Tuesday, 17 November 2020 with his entourage in the Oti Region.

He met with the regional executives, constituency executives, the regional minister and his deputy; district chief executives from the eight districts, CEOs and deputy CEOs from various state institutions and some members of the regional campaign team at Nkwanta.

The National Chairman charged them to focus on the presidential candidate of the party and the parliamentary candidates in the various constituencies within the region, who are on the ballot paper.

He further advised the leadership of the party and the parliamentary candidates to let go of all kinds of misgivings that have the potential of derailing the NPP’s electoral fortunes.

He also told the officials gathered that the party has a very solid, reliable, decisive, compassionate and marketable candidate with an unmatched integrity, which makes it easy to sell to the Ghanaian people.

“Beyond the personal attributes of the flagbearer, we have a government that has achieved an unprecedented milestone in all facets of the Ghanaian economy; from over 2.5 million jobs created within the last three and half years, massive infrastructure development across the country, specifically where for the first time in any government's first term in office, we are witnessing the construction of over 750 km of asphalted roads across the country; free education, ID1F, and so on...” he said. 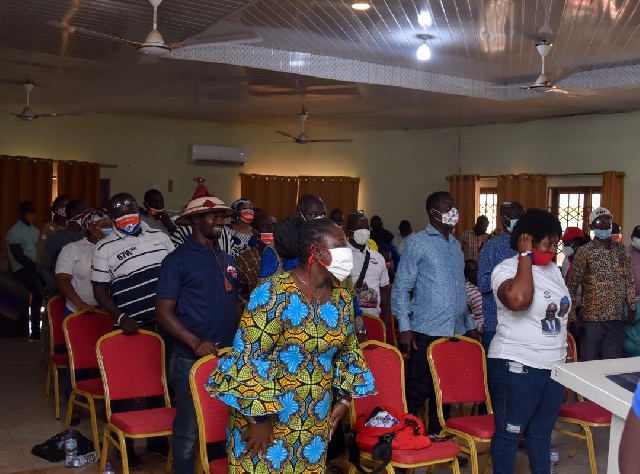 Mr Blay commended the party for the good work done so far and asked the team to focus more on retail campaigning because of its impact amidst the COVID-19 pandemic.

He also met some identifiable groups, including Muslim leaders, the Deputy Regional Chief Imam, Sarki Zongo chief and some leaders of the Kotokoli community. 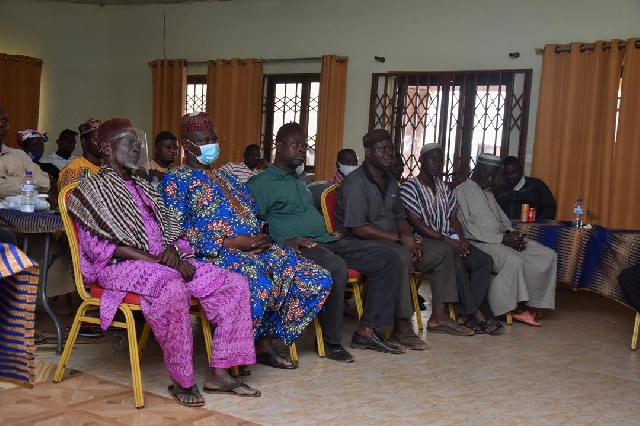 Mr Blay asked the leaders to pray for peaceful elections and also advise the youth against electoral violence.