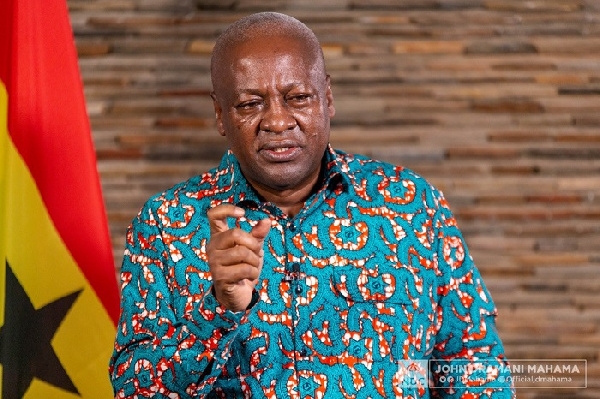 Former President John Dramani Mahama is seeking to return to the presidency to destroy the economy with his poor governance style, Mr Bernard Oduro Nyarko, a member of the governing New Patriotic Party’s communication team has said.

He told Accra100.5FM’s Ghana Yensom show on Thursday, 30 July 2020 that unlike Mr Mahama, “who is seeking to destroy the economy”, President Nana Addo Dankwa Akufo-Addo “is seeking another four years to further develop the country with more good policies”.

Mr Nyarko explained that over the past four years, Ghana has seen “remarkable improvement” under the leadership of President Akufo-Addo.

He indicated that the energy crisis has been solved by the Akufo-Addo administration while students are enjoying free senior high schooling among several other pro-poor initiative being implemented to alleviate the plight of Ghanaians.

“What is Mahama coming to do? He is seeking for more years to do more damage,” he told show host Kwabena Prah Jnr.

He added: “We are not saying Ghana has been turned into heaven under Nana Addo, however, the country has seen massive development under this administration”.

“We are implementing free SHS, the dumsor crisis has been solved. Today, you go to your barber and he doesn’t use generator because of dumsor.”

In his view, Ghanaians need Mr Mahama to rescue them from the economic mess that the Akufo-Addo government has plunged the nation into.