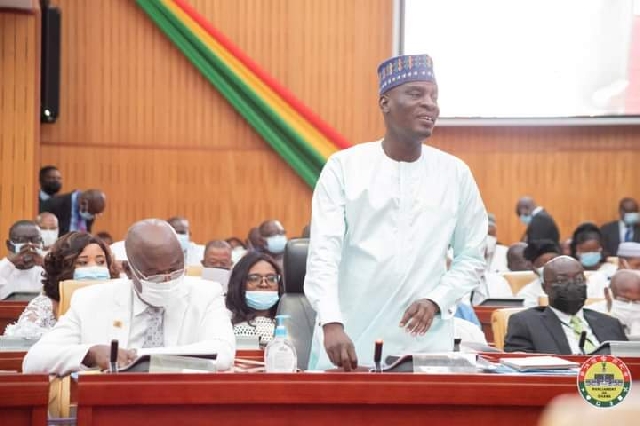 The Minority Leader in Parliament, Haruna Iddrisu, has said his side will readily accept a reduction of the proposed e-levy to 1% from 1.75%.

According to him, this is for the good of the country.

“A week ago, we said no, we won’t accept e-levy but having listened to officials in government, including the Minister of Finance, I am convinced to accept a departure from my original no to accepting a one per cent e-levy,” he said.

Mr Iddrisu said this at the 10th-anniversary launch of the Ghana Chamber of Telecommunications in Accra on Thursday, December 2, 2021,

The digital economy was doing well and had facilitated a revolution in financial inclusion, hence it was unwise to overburden the telecommunications sector, Mr Iddrisu said.

“We are not against it, but we want it fixed at one per cent. We fear for double taxation because we already have the Communication Services Tax,” he said.

The Tamale Central legislator initially disagreed with the deduction fee for business transactions not exceeding the GH¢100.00 threshold a day and called for it to be pegged at GH¢500.00.

But in a similar vein, he suggested that the money be pegged at GH¢300.00 after revising his notes.

Mr Iddrisu said Ghanaians needed to pay taxes to help develop the country, but not one that would further put constraints on their tight purse.

Dr Kenneth Ashigbey, the Chief Executive Officer of the Ghana Chamber of Telecommunications, in an interview with the Ghana News Agency, alluded to the responsibility of paying tax for development considering the budget deficits and debts.

However, he said the way taxes were introduced to generate revenue must be looked at, so it did not become inimical to the government’s digitalisation drive and financial inclusion.

The government’s push for entrepreneurship amongst the youth for job creation in the face of a 1.75% e-levy was a matter of concern, Dr Ashigbey said, and that the Chamber was engaging government to see the best way out.

On the issue of widening the tax net, he said merchant payments should be exempted completely from the e-levy.

“The Chamber believes that artisans including masons, dressmakers, and painters get paid after work done and do not pay tax. They need to be part of the merchant ecosystem, and to do so there must be no levy on merchant payment,” he said.

“Once their wallet is taxed, they will venture into the merchant ecosystem, it gives government visibility of revenues they make. The government then charges corporate income taxes at the end of the year if they file their expenditures.”