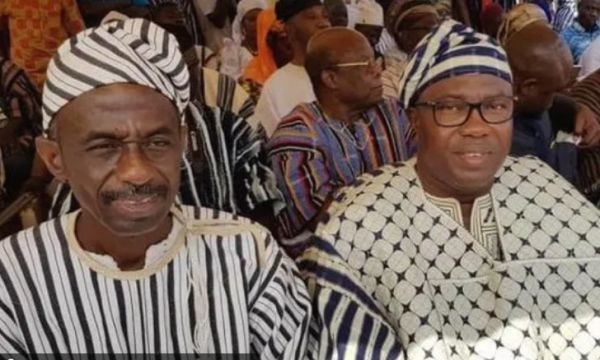 A former National Organiser of the main opposition National Democratic Congress (NDC) Yaw Boateng Gyan has called on the party’s Council of Elders to advise the General Secretary of the party, Johnson Asiedu Nketia, not to contest for the position of National Chairman if he has such an intent.

According to Mr Boateng Gyan, Mr Nketia contesting for the position of National Chairman has the potential of derailing the efforts of the party to win the 2024 general elections.

“It has the potential to make things difficult for the party. We want to win the 2024 elections,” he said.

He noted that a contest between the two individuals, the incumbent, Samuel Ofosu Ampofo and Asiedu Nketia, would demoralise the support base of the party going into the 2024 general elections.

He added that the support base of the two stalwarts of the party can make things difficult for the party going into the 2024 presidential and parliamentary elections.

“The contest between these two stalwarts will be fiercely contested because the two individuals have huge followings in the party,” he added.

Mr Boateng Gyan made this plea to the Council of Elders in an interview on Accra 100.5 FM’s mid-day news on Monday, September 26, 2022.

He was of the view that only the Council of Elders can deal with the issue adding that the two are potential members of the council by virtue of the positions they have held in the party.