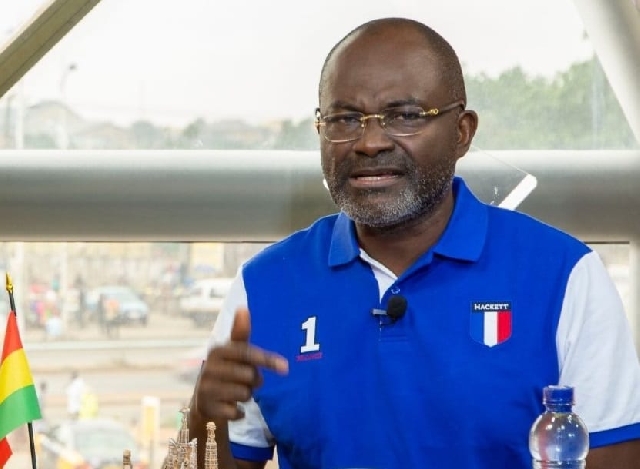 The vociferous Member of Parliament (MP) for Assin Central Constituency in the Central Region and aspiring presidential candidate on the ticket of the governing New Patriotic Party (NPP), Kennedy Agyapong, has alleged that supporters of the Vice President in the Northern and North East Regions prevented him from meeting with delegates in the regions.

He has, however, accused the regional executives of destroying Dr Bawumia’s campaign up north.

''Dr Bawumia please check these regional executives they are destroying the party the in those regions,” he said.

“Dr Bawumia cannot win an election without me,” he put forth.

“If Dr Bawumia wins fairly I will fully support him but if he wins unfairly, I have a mouth, radio and television stations... I will use it to shut the campaign down,” he threatened.

“If you people are supporting Vice President, I don't have a problem,” he noted angrily to the Savannah regional executives.

Mr Agyapong was not happy about the mistreatment he suffered at the hands of the two regional executives who are supporting the Vice President in a tape that has gone viral on social media.

According to him, if the NPP has to break the eight-year jinx, “we need unity in the party.”

“It looks as if the NPP, we don’t learn, we had 150 seats in parliament, we lost it to the National Democratic Congress (NDC) because of internal wrangling,” he bemoaned.

He added: “Why do we say break the eight if there is no unity and all we do [is] to antagonise each other over flagbearership?

“Those who are not strong to speak will sit aloof but some of us who are strong will talk.”

He recalled his unpleasant incident in the two northern regions: “Something happened when we went to the Northern Region, Chairman Samba asked his constituency executives not to see me.

“But I can assure you I will pay them back big time,” he stressed.

“Let's conduct a clean campaign whoever emerges we support him to win,” he concluded.