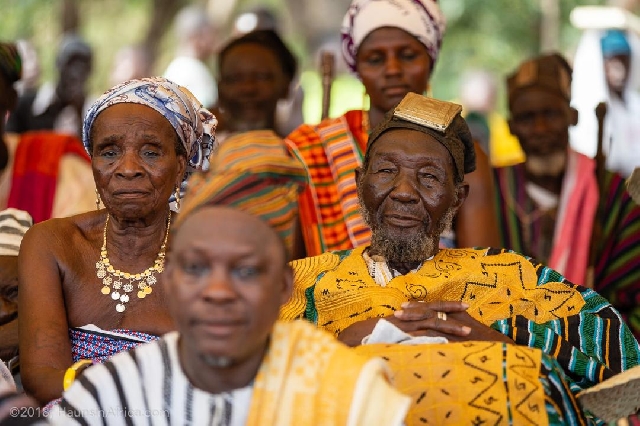 The chiefs and traditional leaders of Mamprugu have thanked President Nana Addo Dankwa Akufo-Addo for selecting Dr Mahamudu Bawumia as his running mate for the fourth consecutive time as the nation goes to the polls on 7 December 2020.

President Akufo-Addo, at the weekend, announced the Vice-President as his running mate after his acclamation by the governing New Patriotic Party as flag bearer.

A statement issued on behalf of the chiefs by Arimeyaw Salley ibn Saeed congratulated President Akufo-Addo on his acclamation and thanked him, on behalf of the king of the Mamprugu kingdom, Na Bohagu Mahami Abdulai Sheriga and all the people of Mamprugu, “for doing our kingdom a great honour, in your recent nomination of our son, brother, nephew, uncle and father, H.E. Alhaji Dr Mahamudu Bawumia as your running mate for the 2020 presidential election”.

The group said: “Your nomination of one of our kin for the fourth consecutive time running is an attestation to the trust and faith you repose in one of our intelligent sons”.

“In your landmark announcement of this nomination, we noted, with pride, the level of confidence reposed in your all-time nominee and the emphasis you placed on the core values and qualities for which he has been singled out for the fourth time”.

“We, the sons and daughters of Mamprugu, hereby resolve to work within the parameters of your strategic guidance and leadership”, the statement said.