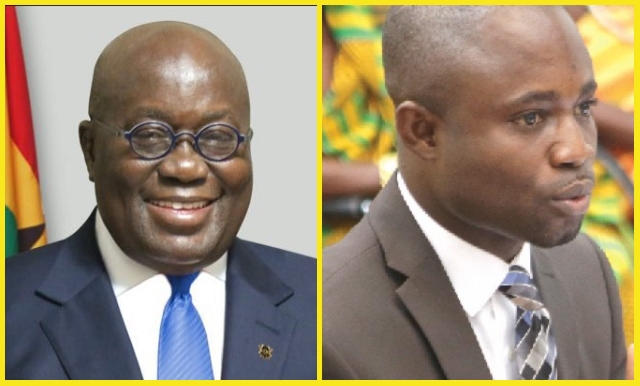 Juaboso lawmaker Kwabena Mintah Akandoh has said President Nana Akufo-Addo will not be allowed to make utopian promises to hoodwink Ghanaians into retaining him in power as he did in the 2016 elections.

He said every promise by Mr Akufo-Addo will be subjected to proper scrutiny for Ghanaians to determine whether or not it is achievable before making a decision to vote.

Mr Akandoh was reacting to the 8th COVID-19 address to the nation on Sunday, 26 April 2020 in which the President promised that additional 88 hospitals will be constructed to augment the country’s health infrastructure.

The President said the virus has exposed the loopholes and weaknesses in Ghana’s health infrastructure, thus, his government’s decision to invest heavily in that sector this year and beyond.

“That is why the government has decided to undertake a major investment in our healthcare infrastructure – the largest in our history.

“We will, this year, begin constructing 88 hospitals in the districts without hospitals. It will mean 10 in Ashanti, nine in Volta, nine in Central, eight in Eastern, seven in Greater Accra, seven in Upper East, five in Northern, five in Oti, five in Upper West, five in Bono, four in Western North, four in Western, three in Ahafo, three in Savannah, two in Bono East and two in North-Easter regions.

“Each of them will be a quality, standard design 100-bed hospital with accommodation for doctors, nurses and other health workers and the intention is to complete them within a year.

Responding to this in an interview with Accra100.5FM’s parliamentary correspondent, Richard Appiah Sarpong, Mr Akandoh said: “We won’t allow the President and his party to deceive Ghanaians again as they did in the last elections”.

“They gave a lot of promises they knew couldn’t be fulfilled just for votes and left Ghanaians disappointed, so, we won’t allow that to happen.”

He added: “First of all, ask yourself where they are going to get money for this project. This has not been budgeted for in the budget for this year, yet the President said the project starts this year. Which money are they going to use?”