US election 2020: TikTok gets pulled into the campaigns 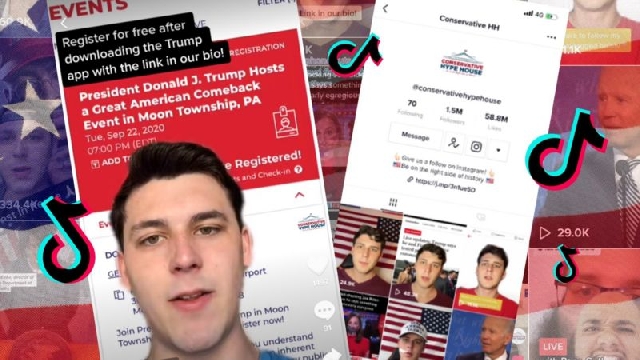 President Trump may be threatening to shut TikTok's US operations and Joe Biden's campaign squad have effectively been barred from using the video-sharing app - but that hasn't stopped their fans using it to connect with young voters.

The Conservative Hype House, a group account for a number of right-wing content creators, has been posting videos featuring an identifying code assigned by the official Trump campaign - "CHH" - that allows users to join its text-alert service. 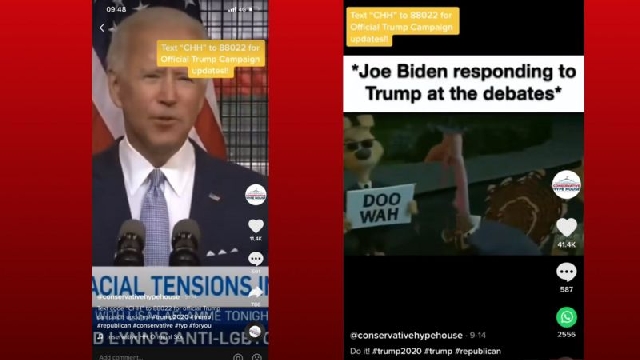 Polls suggest the vast majority of American voters have already decided who to back in November's poll.

But TikTok offers a way to engage first-time voters less fixed in their views.

Unlike Facebook and Google, it does not allow political ads.

But so long as no money changes hands, users can voice support for either presidential hopeful - and funnel others towards their official campaigns.

But experts say TikTok can, if nothing else, reveal which campaign messages seem to resonate with its youthful audience.

The Conservative Hype House is one of the biggest political accounts on the app, with 1.5 million followers.

And during the past month, several of its videos have urged users to download the Official Trump 2020 App, directing them to a link in the channel's biography rather than directly to Apple or Google's app stores. 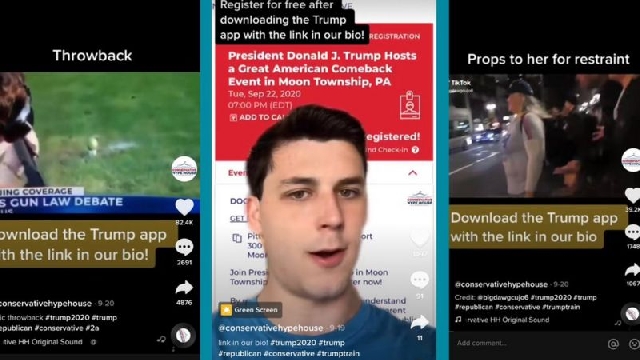 Asked why the Democrat Hype House was not urging TikTok users to text Mr Biden's campaign, one member replied: "This isn't a very good answer but I think that it just never really occurred to us."

And within a day it had posted a video directing its almost 152,000 followers to do just that - and download the campaign app.

But those promoting the candidates via TikTok and other platforms where political ads are banned may be less transparent about their methods.

"It's not clear what the nature of the relationship is between the Conservative Hype House and the president's campaign," he says.

"The channel is clearly supportive of Trump and his official campaign architecture.

"But there is no information to evidence a more formal partnership for promotion or advertising purposes."

One theory is the information is being used to identify which campaign messages drive the most texts and downloads.

"This type of profiling helps campaigns know what to say to each individual voter," long-time digital marketer Seth Cargiuolo says, "what topics to email, call, and text about, what issues are important to that voter, what campaign surrogate voices may resonate with that voter, what kind of merchandise to offer to them, as well as model their behaviour and score their likelihood of showing up to vote."

President Trump has threatened to ban TikTok unless Chinese owner Bytedance relinquishes control of its US operation to database company Oracle and retail giant Walmart.

"All of the code will have to be in the United States," Treasury Secretary Steven Mnuchin said earlier this week, citing national security concerns.

TikTok denies claims it could be compelled to hand over user data to the Chinese authorities.

But the Biden campaign appears to have concerns too.

And staff have been told to remove the app from their work and personal phones.

But they have been in touch with the Biden Digital Coalition, a group of 200 volunteers that uses TikTok to promote the campaign's messaging.

And one of its videos, posted after the candidates' first debate, on Wednesday, has attracted more than 12 million views. 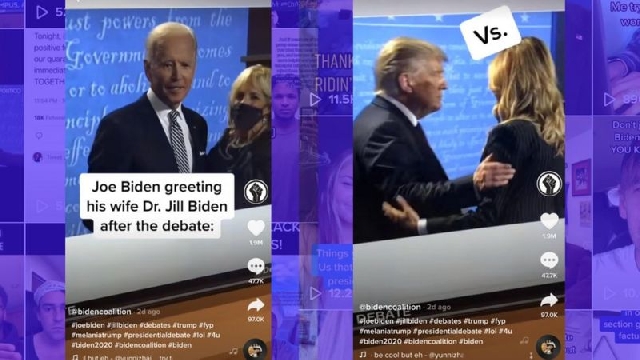 "We're seeing the highest impact, as far as engagement with other users [goes, on TikTok, compared with] Twitter, Facebook, Pinterest, all the others," one of its members, Mary Jo Laupp, says.

TikTok itself might want to "avoid politics as much as possible", Geoffrey Gertz, from the Brooking Institute think tank, says.

But he adds: "I don't think that's a viable strategy for the company.

"And it's going to be thrust into these political fights whether it wants to or not."