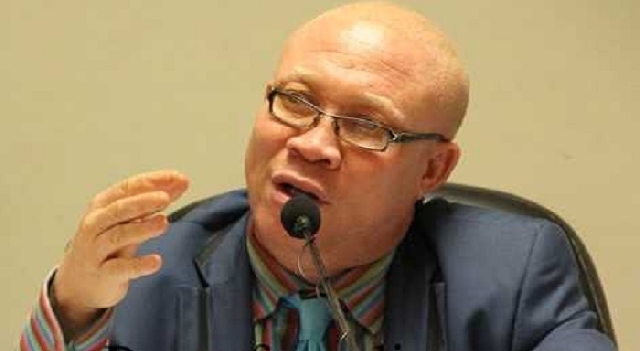 Sports administrator Moses Foh Amoaning has advised the Ghana Football Association (GFA) not to abandon ex Blck Stars coach C.K Akonnor after they fired him on Monday, but groom him for future appointment.

According to Mr Foh Amoaning, the appointment of C.K Akonnor as the head of the senior national team was premature.

The GFA fired Coach Charles Akonnor and his two Assistants on Monday, 13 September 2021 after it received the technical report from him and the report from the Black Stars Management Committee following Ghana’s Group G World Cup qualifying matches against Ethiopia and South Africa.

The Executive Council of the GFA has formed a three-member committee made up of Vice President Mark Addo, Upper East Regional Football Association Chairman, Alhaji Salifu Zida and Dr. Randy Abbey to find a Head Coach and Assistant Coaches for the Black Stars within the next 72 hours.

He said: “The GFA will have to massage C. K Akonnor because, Akonnor has great potential, well I think his [appointment] was a bit too early, he worked very well with Hearts of Oak, he had a good job with Kotoko, he was not allowed to continue, I think he should have been groomed to the national team ie Under-17, Under-20 and then the next years before his [appointment].”

“I think his appointment was premature so all you need to do is to talk to him, if we owe him, I think the ministry will need to sort him out and then we shouldn’t just throw him away, let’s have a plan and a policy to take him out, groom him, bring him back, attach him to a few clubs here and there, it will build his confidence because he’s a very good coach, he just needs to understand team management and player management and work on those little areas of himself,” he stated.

Mr Foh Amoaning noted that this should not be limited to Coach Akonnor alone but all the other coaches “we think are good enough, what are the policy for those people so that at the end of the day when Herve Renard or whoever we appoint is leaving, Ghana will have the proper Ghanaians qualified and experienced to take over the role.”