'Liverpool will attack title not defend it' 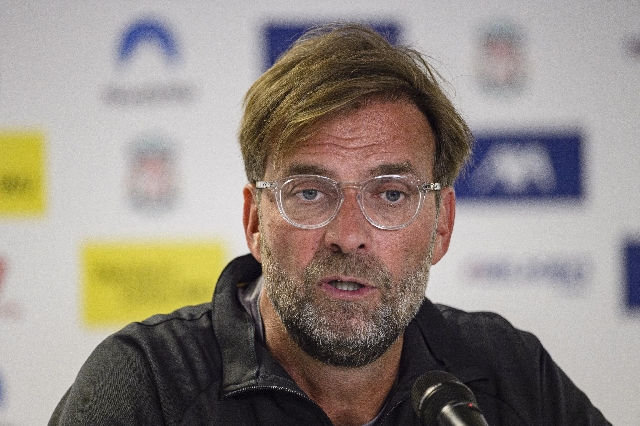 Liverpool will attack rather than defend their title next season, says manager Jurgen Klopp.

The Reds sealed their first Premier League title - and first top-flight success since 1990 - last week with seven games of the season remaining.

Klopp, who joined Liverpool in 2015, said: "We will not defend the title next season; we'll attack the next one.

"I have learned when you think you have reached the pinnacle, you are already on the way down."

Liverpool are 23 points clear of second-placed Manchester City, whom they face at Etihad Stadium at 20:15 BST on Thursday.

"It's obvious City is an outstanding team, United is in outstanding shape and Chelsea is in a really good shape and doing some interesting business."

City will give Liverpool players a guard of honour before the match.

"I'm not sure if I've ever had one. It's an English tradition so we take it," Klopp said.

"I wouldn't need it, because we go there and we want to win a football game rather than celebrate what happened a week before, but it's a nice gesture."

Klopp this week wrote an open letter to Liverpool fans in an attempt to ensure there is no repeat of the unruly scenes in the city centre that followed their title triumph.

Thousands congregated at the waterfront despite restrictions on gatherings and firefighters extinguished a small fire at the Liver Building.

"It's a difficult time for all of us and I can really understand the emotions are all over the place - and it's not only about the 30 years," Klopp said.

"Most of our supporters did what they should have done and stayed at home. The pictures we saw from the city centre were not what we wanted to see.

"I say that for the first time in my life because usually I love these pictures, but this is not a time for it."