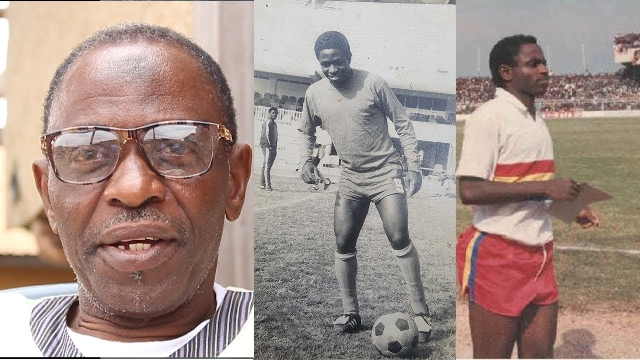 Former Black Stars player Mohammed Polo has bemoaned the inexperience of the players and technical team of the Black Stars as the major contributing factor in Ghana’s failure to progress to the next phase of the ongoing 2022 Qatar FIFA World Cup.

Ghana opened its campaign with a 3-2 loss against 2016 European champions, Cristiano Ronaldo’s Portugal, at the 974 Stadium on November 24, followed by a victory against the Taeguek Warriors of South Korea which reignited Ghanaian hearts with hope for the Black Stars’ progress out of the group stage.

It was not to be at the Al-Janoub Stadium in the final clash against the South Americans Uruguay. Ghana fell to a 2-0 loss which signalled their bow out of the competition – dragging the two-time world champions along to the exit door.

Rating the team’s overall performance at the Mundial, the ‘Dribbling Magician’, as Mohammed Ahmed Polo is affectionately called, believes the performance could have been better if only there was a good blend of experienced technical team members and players.

“Yeah, I think, the inexperience played a part in the team’s performance.

“Majority of the players are new faces or recruits in the team, together with the technical team.

“That notwithstanding, the way we exited the competition is something we could have prevented which was not done on the part of the technical team,” Polo remarked to Class Sports.

The Black Stars of Ghana had one of the youngest squads at the 2022 FIFA World Cup with an average age of 25 years – the third youngest team at the tournament.

The four-time AFCON champions were only behind the United States of America and Mexico who had the first and second youngest squads with an average age of 24.5 and 24.8 years respectively.

Ghana’s exit at the 2022 Qatar FIFA World Cup means, it has experienced back-to-back exits at two competitive tournaments this year; the African Cup of Nations (AFCON) in Cameroon at the start of the calendar year and the ongoing Mundial.

It also means, the country’s best finish still is from 12 years ago; the 2010 World Cup in South Africa, where the Black Stars finished as a quarterfinalist.

Otto Addo’s squad had a large chunk of young players making their debut at the Mundial. For instance, Mohammed Kudus, who plies his trade with Ajax Amsterdam in the Dutch League, finished with 2 goals at the World Cup, Kamaldeen Sulemana (Stade Rennes), Mohammed Salisu (Southampton), Tarig Lamptey (Brighton & Hove Albion) and a host of others.

Notwithstanding his aforementioned assessment, Mohammed Polo expressed belief in the current squad’s ability to be competitive in future tournaments.

“Ghana does have a good team with a lot of potential players who can make it to the highest level and perform to every Ghanaian’s expectation,” the football star said. “What was unfortunate is that they did not get it right, especially with the final group game against Uruguay.”

Ghana’s next assignment is against Angola; a home and away fixture in the 2023 AFCON qualifiers in March.

The Ghana Football Association (GFA) is yet to name Otto Addo’s successor after he resigned following the country’s exit at the Mundial.