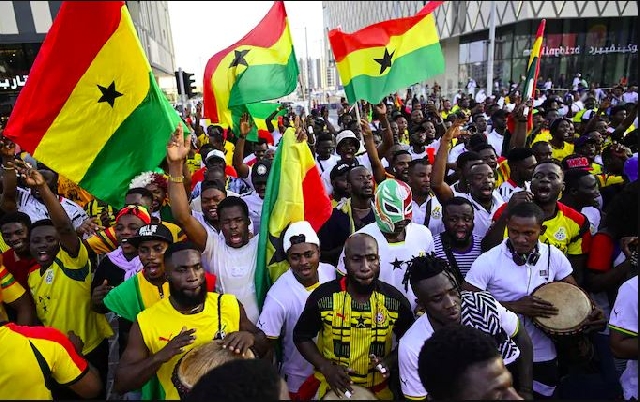 The Black Stars of Ghana will later today, Thursday, 24 November open their 2022 world cup campaign against Portugal at the 947 stadium in Ras Abou Aboud, Doha.

The four-time African champions will be hoping to snatch victory and the full three points from the former European champions led by multiple Ballon d'or winner Cristiano Ronaldo.

This will be the second time both teams are meeting at the world cup.

In the 2014 Mundial in Brazil, Portugal beat Ghana by two goals to one.

Ghanaian defender John Boye scored an own goal in the 30th minute but Asamoah Gyan equalised in the 57th. However, a goalkeeping error from Fatau Dauda placed the ball cheaply before Ronaldo who could not miss from the 18-yard box with a straight strike in the 80th minute to break Ghanaian hearts.

The Black Stars will be hoping for revenge with a new set of players except for captain Andre Ayew who is expected to provide leadership in midfield and calm nerves with his vast experience in previous world cups.

Ghana is making a fourth world cup appearance in Qatar and hoping to go beyond the quarter-finals stage as they did in South Africa in 2010.

The presidency has called on Ghanaians to rally behind the team.

The Black Stars' last pre-world cup friendly, in which they beat Switzerland (the 15th best team in the world) 2-0, has boosted the morale of the fans ahead of Ghana's first game in Qatar.

Ghana, after the Portugal game, will play South Korea and Uruguay.