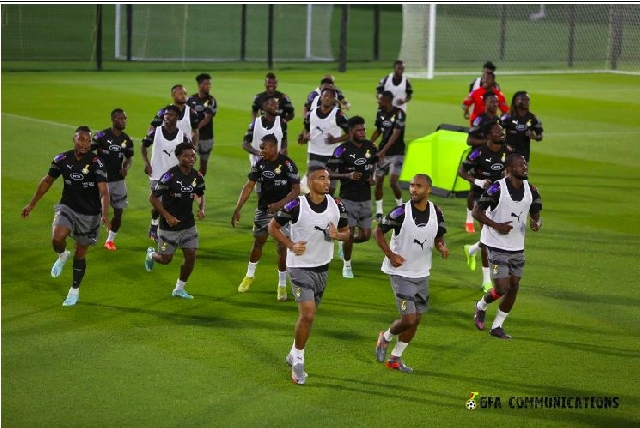 Black Stars coach Otto Addo says his players are working hard for Monday’s clash against South Korea at the 2022 World Cup in Qatar.

The Ghana trainer was speaking at a press conference ahead of the decisive Group H match against the Asians at the global football showpiece event.

The Black Stars were beaten 3-2 in their opening group match on Thursday by Portugal which means they must secure a result to keep alive their hopes of advancing.

Ghana have returned to training since then and with their match against the Koreans scheduled to be played on Monday, coach Addo is happy with the mindset of his charges.

"We will see a very passionate team. We will see the passion which we saw in the last match against Portugal," coach Addo said at the press conference in Doha on Sunday.

"Training is good so it is making it difficult for me to make decisions and this is really good and I am sure my players will show it.

"I am happy to have a team which is willing to learn and work hard every day to get better. We have a lot of respect for South Korea, but we know we can compete with them."

Ghana are bottom of the group with no points after South Korea held Uruguay to a goalless draw in Thursday's match of the group.

Portugal, who are top of the group with three points thanks to its victory over the Black Stars, will take on Uruguay in the group's other match on Monday.

The match between Ghana and 28th-ranked South Korea will be played at 1300 GMT at the Education City Stadium in Al Rayyan, west of Doha.