Should Black Stars boss Akonnor be given the boot? 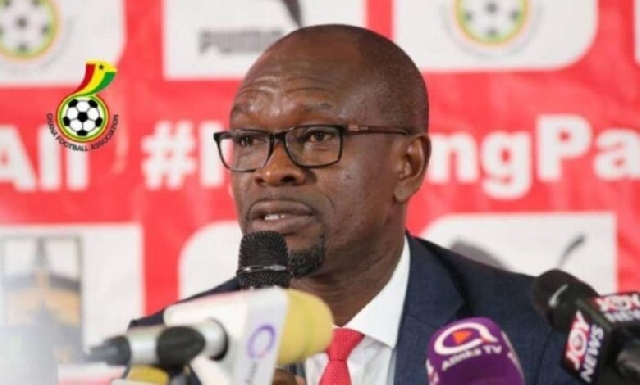 Pressure is mounting on Black Stars coach, CK Akonnor following Ghana's indifferent start to their World Cup qualifying campaign, but should the former skipper be allowed more time on the job?

Or should he be shown the door by the Ghana Football Federation?

Ghana's bid to qualify for the Qatar 2022 World Cup got off to an ordinary start this month. They laboured to an unremarkable 1-0 home victory over Ethiopia before losing to South Africa in Johannesburg in their second group match.

The Stars sit in second place in the group, with three points from their two matches, one point behind leaders, South Africa.

With only the group winners going on to the next phase of African World Cup qualifying, the Black Stars will have to make significant improvements in their subsequent matches if they are to pinch the sole ticket from the group.

Ghana's ordinary form in the qualifiers is a continuation of the lacklustre performances they had produced in their most recent international matches.

Most of the blame for their poor showing has unsurprisingly been put at the desk of head coach, Akonnor.

To be fair, the gaffer took charge of a side that was already underperforming. Ghana had failed to qualify for the 2018 World Cup in Russia, while they suffered a Round of 16 exit at the Africa Cup of Nations in 2019. That was the first time in six AFCON editions that the Ghanaians had failed to reach the semi-finals of the competition.

Akonnor was brought in to steady the ship in January 2020, replacing Kwesi Appiah. He stirred the team to Nations Cup qualification, but his team has never truly convinced.

He promised to give Ghanaians a team that played with style and panache, but that has not been the case with the current team. Akonnor's Stars have been anything but stylish.

Having said that, the coach has been at the helm of the Stars during a very challenging period.

He has had to deal with a global pandemic and a string of injuries to key players. In fact, in his ten matches in charge, he is yet to field the same starting 11 in consecutive matches.

One thing Akonnor has done well is to give the local players a chance to fight for a spot in the national team. Double champions, Hearts of Oak had up to three players in the most recent national squad, with Fatawu Mohammed featuring for all 90 minutes in the defeat against South Africa.

Considering all of these, Akonnor will feel he deserves to be given more time on the job.

Ghana are still well in the hunt for a World Cup ticket. They still have four matches to correct the wrongs of the South Africa defeat.

Many top Ghanaian bookmakers like 1xBet still have Ghana as one of the top favourites to win their qualifying.

If he stays in the job, he has got a big six months coming up. By the time the round-robin phase of the World Cup qualifiers conclude in November, Ghanaians will want to see the Stars on top of the table, moving on to the final round of the qualifiers.

There is also the AFCON coming up next January.

If Akonnor lasts till then, his fate will be determined by how he fares at these events.