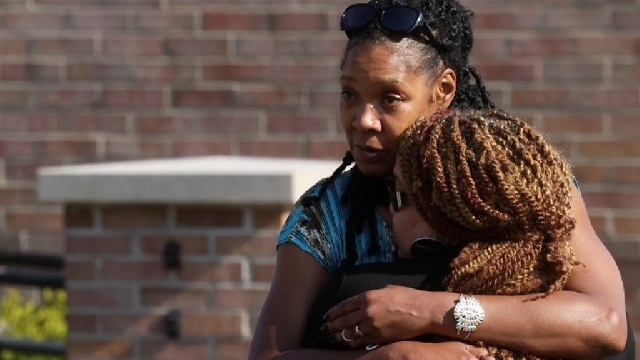 The man suspected of shooting dead 10 people at a supermarket in Buffalo, New York, deliberately sought a site with a high black population, authorities say.

The attack is being investigated as an act of racially motivated violent extremism.

Questions are being asked about how he was able to carry out the attack when he was already on the radar of authorities.

A 180-page document seemingly authored by Mr Gedron has emerged, in which he describes himself as a fascist and a white supremacist.

"I want to know what people knew and when they knew it," New York Governor Kathy Hochul told ABC News.

Police said the suspect had done "reconnaissance" of the area the day before the shooting.

"This event was committed by a sick, demented individual who was fuelled [by a] daily diet of hate," she said.

The shooting has stunned the local community. One of those attending a vigil on Sunday told Reuters: "It just hurts, why somebody would do that."

Of the 13 people shot, police said 11 were black. Among those reported killed were a man buying cupcakes for his son's birthday and a woman who had gone shopping after visiting her husband at a nursing home.