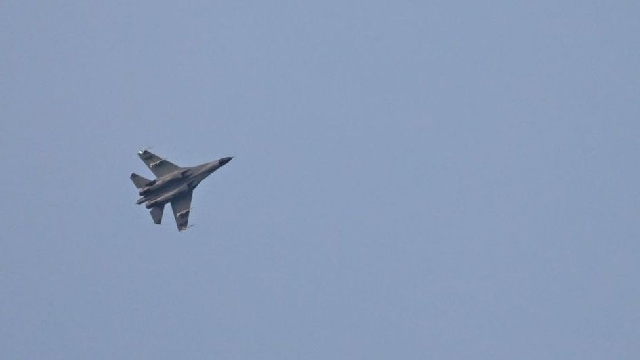 The Chinese army's Eastern Theatre Command said that it would practice anti-submarine attacks and sea raids.

The earlier four days of exercises were Beijing's response to US House Speaker Nancy Pelosi's visit to the island.

Taiwan has accused China of using these drills as practice for an invasion of the island.

On Monday Taiwan said Chinese aircraft and ships had not entered its territorial waters, which extend 12 nautical miles (22km; 14 miles) from the coast, during the exercises so far.

The US, along with Australia and Japan, have condemned the drills, saying their objective is to change the status quo in the Taiwan Strait - the 180km-wide (110 miles) body of water between the mainland and the island.

Chinese aircraft and ships have repeatedly crossed the median line in the strait during the drills. But Taiwan's defence ministry said on Monday that the median line was a tacit understanding that has been in place since the 1950s and its existence was a "fact".

Washington has also condemned Beijing for breaking off cooperation with the US in a number of areas including climate change in retaliation for Ms Pelosi's visit.

Beijing sees Taiwan as a breakaway province that it can claim by force, if necessary.

But Taiwan is a self-ruled island that sees itself as distinct from China.

Any hint of recognition of this by world leaders, however, enrages China.

The renewed activity around Taiwan comes after Chinese maritime authorities announced that drills would also take place in other locations.

In the Yellow Sea - located between China and the Korean peninsula - new daily military drills were due to start from Saturday until the middle of August, and include live-fire exercises.

In addition, a month-long military operation in one area of the Bohai sea - north of the Yellow Sea - started on Saturday.