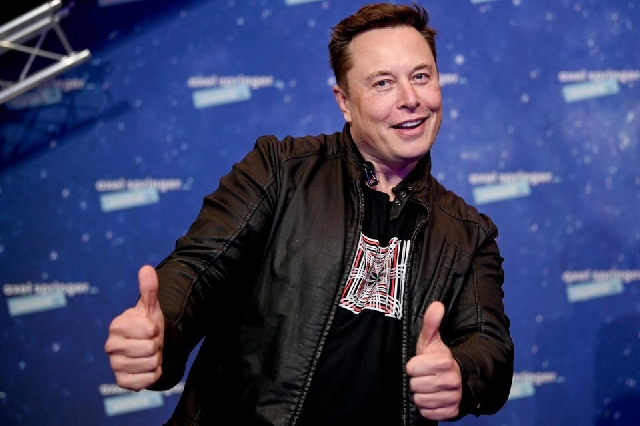 The world's richest man, Elon Musk, has completed his $44bn (£38.1bn) takeover of Twitter, according to US media and an investor in the firm.

He tweeted "the bird is freed", in an apparent reference to the deal closing.

A number of top executives, including the boss, Parag Agrawal, have reportedly been fired.

It brings to a close a saga that saw Twitter go to court to hold the multi-billionaire to the terms of a takeover deal that he had tried to escape.

Twitter has not yet confirmed the takeover, but an early investor in the company told the BBC that the deal had been completed.

Mr Musk, a self-styled "free speech absolutist", has been critical of Twitter's moderation policies and the news will be greeted with mixed feelings by Twitter users and employees.

Many people on the right of US politics will celebrate the exit of Mr Agrawal as chief executive. They view people like Mr Agrawal, and his predecessor, Jack Dorsey, as liberals who are curtailing free speech.

They also think that under their stewardship, Twitter has censored conservative voices - an accusation that Twitter denied.

Mr Agrawal, chief financial officer Ned Segal, and the firm's top legal and policy executive, Vijaya Gadde, are no longer with the company, according to US media reports.

Mr Agrawal and Mr Segal were escorted out of Twitter's San Francisco headquarters after the deal closed, the Reuters news agency reported.

Meanwhile, Bret Taylor - who had served as Twitter's chairman since last November - updated his LinkedIn profile to indicate that he was no longer in the post.

It is not clear yet whether the reported board clear-out is the opening salvo in company-wide job cuts.

Ross Gerber, president and chief executive of Gerber Kawasaki Wealth and Investment Management, and a shareholder in both Twitter and Mr Musk's other company Tesla, told the BBC that reports suggesting 75% of staff at the social media company will lose their jobs were "inaccurate".

He said job losses would depend on "how good the staff is" but and that the original figure mentioned was 50%.

"There are a lot of talented people at Twitter, especially on the engineering side and they want to retain as much of that talent as possible," Mr Gerber said.

"Really what they're looking at from the trimming side is management [and] they've already started with upper management," said Mr Gerber. He said cuts are then likely to extend to product managers "and products they've been working on that aren't going anywhere".

The social media platform's shares will be suspended from trading on Friday, according to the New York Stock Exchange's website.

Mr Musk said he bought the social media platform to help humanity and he wanted "civilisation to have a common digital town square".

Earlier this week, Mr Musk tweeted a video of himself walking into Twitter's headquarters in San Francisco carrying a kitchen sink with the caption: "let that sink in!"

He also changed his Twitter profile to read "Chief Twit".

On a recent earnings call, the Tesla founder said Twitter was "an asset that has just sort of languished for a long time, but has incredible potential, although obviously myself and the other investors are overpaying for Twitter right now".

Mr Musk's early investments in Twitter initially escaped public attention. In January, he began making regular purchases of shares, so that by the middle of March he had accumulated a 5% stake in the firm.

In April, he was revealed as Twitter's largest shareholder, and by the end of the month, a deal was finally reached to buy the company for $44bn.

He said he planned to clean up spam accounts and preserve the platform as a venue for free speech.

But by mid-May Mr Musk, a prolific Twitter user, had begun to change his mind about the purchase, citing concerns that the number of fake accounts on the platform was higher than Twitter claimed.

In July, he said he no longer wished to acquire the company. Twitter, however, argued the billionaire was legally committed to the acquisition and eventually filed a lawsuit to hold him to the deal.

In early October, Mr Musk revived his takeover plans for the company on condition that legal proceedings were paused.

There has been no comment yet from Twitter about its new management team, but whoever becomes its next chief executive, it is clear that Mr Musk will ultimately be in charge of the company.

He fell out with Mr Agrawal in early April - when he sat briefly on Twitter's board.

It appears now Mr Musk is at the helm, many people who have been banned for hate speech or disinformation may be invited back to the platform.

Mr Musk has described the decision to exclude former US President Donald Trump as "foolish" and said he would reverse it.

Mr Trump was permanently suspended from Twitter in January 2021 following the attack by his supporters on the Capitol building in Washington which resulted in the deaths of five people. Twitter said it wanted to avoid the risk that his tweets would incite further violence.

Mr Trump has insisted he won't be reactivating his account - preferring instead to post on his own platform Truth Social.

Mr Musk has posted that his plans for Twitter include "X, the app for everything".

The Asian super-apps that could inspire Elon Musk's X

Some suggest this might be something along the lines of the hugely successful Chinese app WeChat, a kind of "super app" that incorporates different services including messaging, social media, payments and food orders.