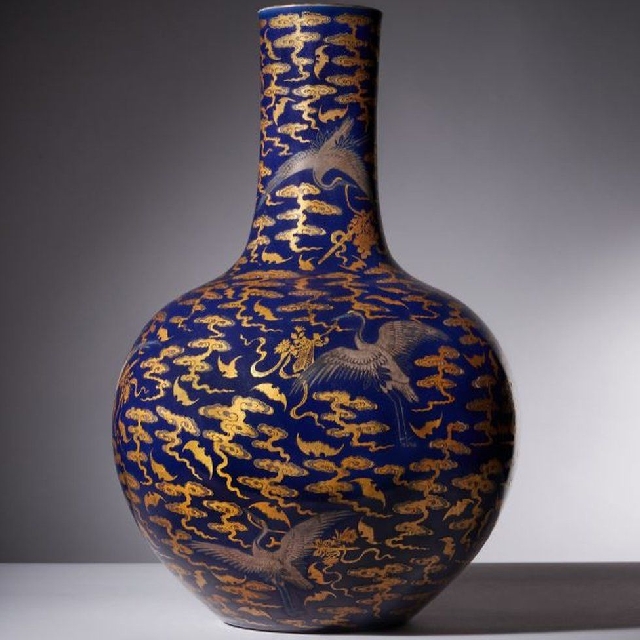 The blue-glazed, silver and gilt vase was created for the court of the Qianlong Emperor

The 2ft (60cm) blue-glazed, silver and gilt vase was created for the court of the Qianlong Emperor.

The vase was owned by a surgeon who passed it on to his son who had not realised its value.

Berkshire-based Dreweatts Auctioneers said it was only when a visiting antiques specialist spotted it that its true value and history were revealed.

Mark Newstead from the auction house said: "We are delighted with this exceptional result. We saw widespread interest from China, Hong Kong, America and the UK which resulted in very competitive bidding."

The vase bears the "distinctive" six-character mark of the Qianlong period (1736-1795) on its base, the Newbury auction house said.

It added: "The rich cobalt blue is often referred to as 'sacrificial blue', deriving from the use of vessels in this colour glaze being used during sacrifices at the Imperial Altar of Heaven.

"It is extremely rare to see blue vases painted in both gilding and slightly raised silver, thought to be due to the medium being difficult to control.

"Thrillingly, no other porcelain decorated with the same subject in gold and silver appears to have ever been documented."

It added the flying cranes and bats on the vase signified longevity and prosperity.