Russia to withdraw troops from key city of Kherson 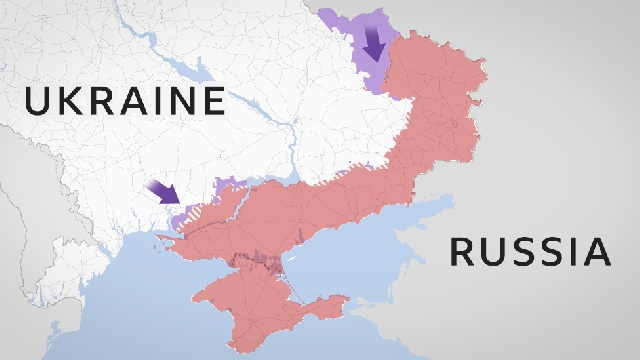 Russia's military has been ordered to pull out of the Ukrainian city of Kherson, the only regional capital it captured since the invasion began in February.

Russia's commander in Ukraine, Gen Sergei Surovikin, said it was no longer possible to keep supplying the city.

The withdrawal means Russian forces will pull out entirely from the western bank of the River Dnipro.

It is also a significant blow as Russia faces a Ukrainian counter-offensive.

"In these circumstances, the most sensible option is to organise the defence along a barrier line along the river Dnipro," Gen Surovikin told a meeting of senior military leaders.

The announcement came shortly after Russian media said the deputy leader of Kherson, Kirill Stremousov, had been killed in a car crash. Seen as one of the main cheerleaders of the occupation of Kherson, he had warned only six days ago that it was "most likely" that Russian forces would have to cross to the eastern bank.