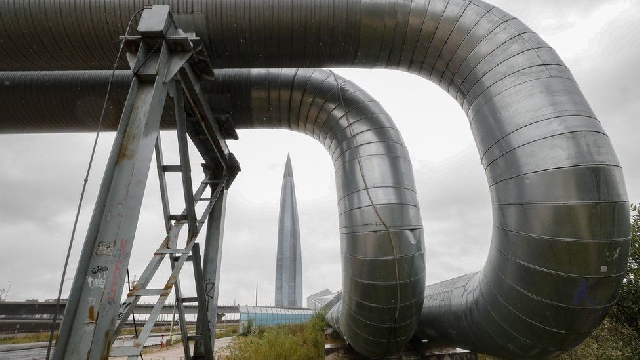 Russia's gas pipeline to Germany will not reopen as planned on Saturday, state energy firm Gazprom has said.

The firm said it had found an oil leak in a turbine on the Nord Stream 1 pipeline, meaning it would be closed indefinitely.

The pipeline has been shut down for the past three days for what Gazprom described as maintenance work.

The news comes amid growing fears that families in the EU will not be able to afford the cost of heating this winter.

Energy prices have soared since Russia invaded Ukraine and scarce supplies could push up the cost even further.

Europe is attempting to wean itself off Russian energy in an effort to reduce Moscow's ability to finance the war, but the transition may not come quickly enough.

"Use of gas as a weapon will not change the resolve of the EU. We will accelerate our path towards energy independence. Our duty is to protect our citizens and support the freedom of Ukraine," he tweeted.

It has blamed the sanctions for holding up routine maintenance of Nord Stream 1, but the EU says this is a pretext.

Germany's network regulator, the Bundesnetzagentur, said the country was now better prepared for Russian gas supplies to cease, but it urged citizens and companies to cut consumption.

Gazprom's announcement came shortly after the G7 nations agreed to cap the price of Russian oil in support of Ukraine.

The G7 (Group of Seven) consists of the UK, US, Canada, France, Germany, Italy and Japan.

Their introduction of a price cap means countries that sign up to the policy will be permitted to purchase only Russian oil and petroleum products transported via sea that are sold at or below the price cap.

However, Russia says it will not export to countries that participate in the cap.

The gas pipeline stretches from the Russian coast near St Petersburg to north-eastern Germany and can carry up to 170 million cubic metres of gas a day.

It is owned and operated by Nord Stream AG, whose majority shareholder is Gazprom.

Germany had also previously supported the construction of a parallel pipeline - Nord Stream 2 - but the project was halted after Russia invaded Ukraine.

Gazprom said the fault had been detected at the Portovaya compressor station, with the inspection carried out alongside workers from Siemens, the German firm that maintains the turbine.

It said that fixing of oil leaks in key engines was only possible in specialised workshops, which had been hindered by Western sanctions.

However, Siemens itself said: "Such leaks do not normally affect the operation of a turbine and can be sealed on site. It is a routine procedure within the scope of maintenance work."

This is not the first time since the invasion that the Nord Stream 1 pipeline has been closed.

In July, Gazprom cut off supplies completely for 10 days, citing "a maintenance break". It restarted again 10 days later, but at a much reduced level.

Speaking to the BBC from the Swiss capital Bern, an economist and energy analyst, Cornelia Meyer, said the gas shutdown would have a major impact on employment and prices.

"That really has huge ramifications for gas in Europe which is about four times more expensive than it was a year ago and this cost of living crisis will really soar because it's not just gas," she said. "Gas becomes fertiliser and it's used in many industrial processes, so that will affect jobs, and it will affect costs."