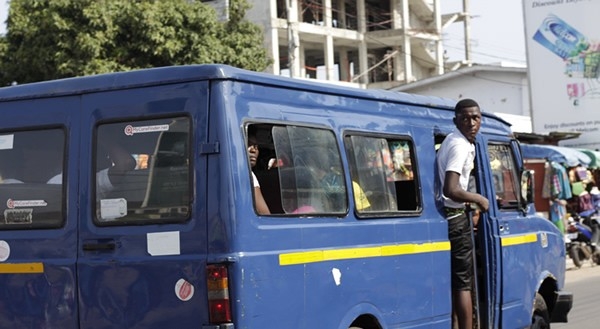 Members of the Private Road Transport Operators have hinted at increasing fares again.

The decision, according to them, follows the recent three per cent hike in the price of fuel at the pumps.

According to the group, the government is also making frantic efforts to increase road tolls, complaining that “transport operators are going to bear the brunt should it be implemented.”

The group further expressed its disappointment with the government for its inability to have kept the “assurances given to transport operators that it will ensure that fuel prices and spare parts remain stable.”

The transport operators, in a statement, entreated customers and the general public to bear with them, explaining that their transport business is reeling under a lot of pressure following the rising cost of inputs.

Commercial transport operators recently announced a 13 per cent increase in fares which took effect on 5 June 2021.

They explained back then that the hike was "to accommodate, predominantly, an increase in the price of fuel".

Following the Father’s Day 3% gift of increase in fuel price at the pump, Ghana Committed Drivers Association, Concern Drivers Association and True Drivers Union, wish to inform our numerous customers and the general public of our resolve to also adjust upward our lorry fares.

The percentage increase will soon be announced. As a result of the 3% increase in fuel price, a gallon of fuel, which was sold for GHC 27. 22 pesewas is now being sold for GHC 28. 035 pesewas. The resolve to adjust upward our lorry fares is in fulfilment of our statement issued on 16th May 2021, in which we announced 20% upward adjustment in lorry fares.

In that statement, we said, “We have therefore resolved that any time fuel prices, spare parts, and other levies relating to road transport go up, we will also adjust our lorry fares to reflect the increment”. We also said “It is our considered view that we will only go by the decision to increase lorry fares twice yearly if the powers that be can also ensure that prices of petroleum products and spare parts are not increased in the course of every year so as to guarantee stable prices and lorry fares”.

We wish to entreat our customers and the general public to bear with us in this situation as our transport business is reeling under a lot of pressure following astronomical increases in our input cost.