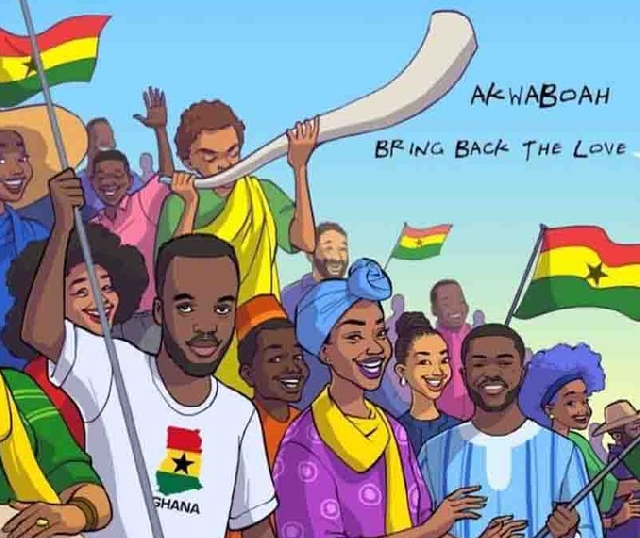 Titled ‘Bring Back the Love’, the song spans 3 minutes and 27 seconds.

Two months ahead of Ghana’s 2022 World Cup campaign in Qatar, Akwaboah proclaims in Pidgin, “This year we’ll do wonders, we will show progress,” at the beginning of the September 16, 2022 song.

The cheerleading song again has lyric and melodic interpolations reminiscent of legendary Ghanaian band Osibisa’s ‘We Are Going (Woyaya)’: “It will be hard we know, that the road will be muddy and rough but we will put up a beautiful performance, heaven knows we can achieve glorious victory.”

Beyond this, in a tweet sent out today Thursday, 22 September, 2022, the ‘Obiaa’ hitmaker, in the spirit of the song and with a portion attached, has reiterated to his fans and fellow Ghanaians the need to “Forget the past, make we move on. Cheers to victory.”

The song finds meaning in light of what can only be described as the broken heart Ghanaians have experienced supporting the Black Stars during international tournaments. The height of it being Asamoah Gyan’s failed penalty in South Africa in 2010 denying the West African country a historical entry into the semi-finals of the World Cup.

For Qatar 2022, the Ghana Black Stars are in Group H together with Uruguay, Portugal and South Korea.

The tournament begins in November.