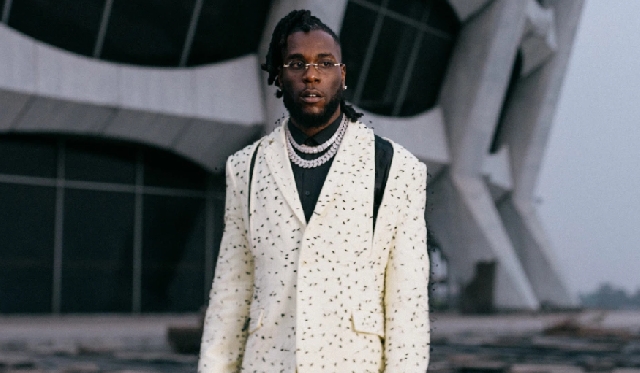 Burna Boy is cooking in the U.K., where he’s set to become the first African artiste to headline a stadium concert.

“London Stadium is going to be my fairground,” he comments. “I’ve been told that I couldn’t achieve anything because of where I came from, I hope this can show people that when you have a dream it doesn’t matter where you’ve come from, your dream can come true.”

The history-making show at London Stadium (formerly the Olympic Stadium) “is going to be legendary, it’s history and I can’t wait for you all to be a part of that.”

Born in Port Harcourt, Rivers State, Burna Boy has a busy touring schedule for the year ahead, with a range of arena, stadium and festival dates locked in on both sides of the Atlantic.

The massive London date will be bookended by shows next summer at Paris La Defense and Gelredome Arnhem, a soccer stadium in the Netherlands,

With a capacity north of 60,000, the London Stadium show will be Burna Boy’s largest-ever solo audience. “It will be a landmark first for him or any solo African artist here in the U.K.,” comments Graham Gilmore, CEO of London Stadium, “so it promises to be a special night at the Stadium next June”.

Burna Boy is no stranger to the big occasion. He’s landed nine top 40 hits in the U.K., including a No. 1 for 2019’s “Own It,” with Stormzy and Ed Sheeran. His sixth and latest studio album, Love, Damini, peaked at No. 2 on the Official U.K. Chart in July.

Career highlights include a Grammy Award for 2020’s Twice as Tall (best global music album), a headline show at New York’s Madison Square Garden in April, and sold-out dates at London’s Wembley Arena in November 2019 and at The O2 Arena in August 2021.