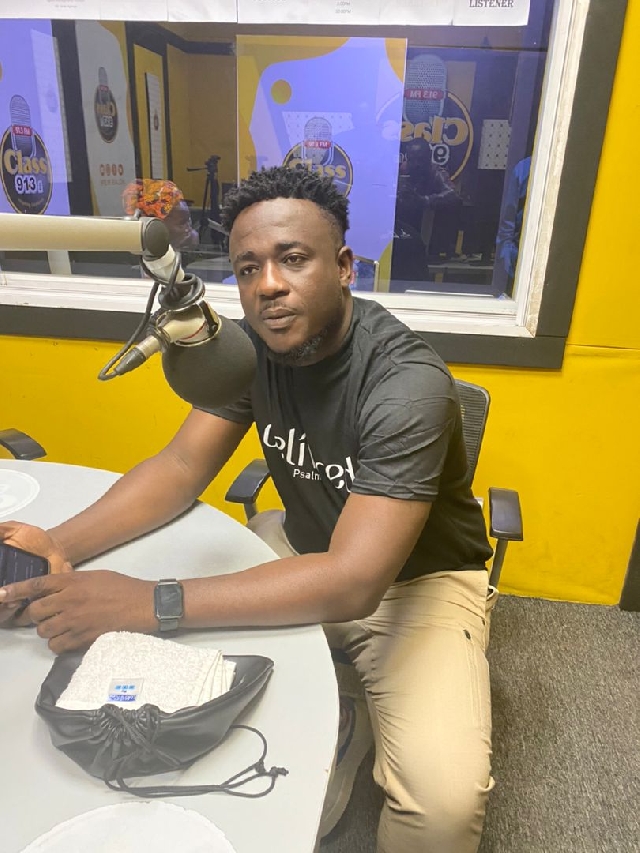 Perez Musik in the studios of Class FM

According to him, he has been through depression for some years now, which drove him to all kinds of addictions.

"I was going through a lot of things for some years now and I entered into a place of depression. Depression is real", he said.

He noted: "Those times when people talk about depression, I laugh. I am like, ‘What are they talking about? How can you be depressed? How can you let this matter worry you?’. I used to take it for granted until it happened to me."

Speaking to Rev. Thompson Sakyie on the Church Groove on Sunday, 16 January 2022 on Class 91.3 FM, the musician said he encountered the Holy Spirit, who changed his life.

“Hewale Lala” is the first single from Perez Musik’s upcoming EP titled “Delivered”, which is expected to be released in March.

He said worshipers and music listeners should prepare to be dragged into the presence of God because Perez Musik is surely carrying some fresh fire this year.

Perez Musik is one of the few gospel artistes keeping the Ga tradition alive by his ability to infuse the language fluently into his songs.