Details of divorce settlement between Kim Kardashian and Ye emerge 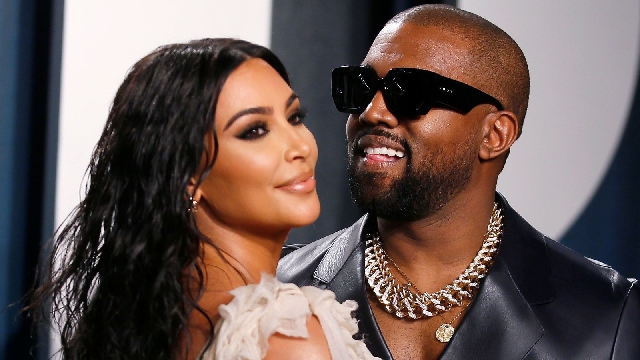 Kim Kardashian and Kanye West have reached a settlement in their divorce, according to court documents filed in Los Angeles.

The former couple will have joint custody of their four children, who are aged between three and nine.

West, who has legally changed his name to Ye, will pay Kardashian $200,000 (£166,000) a month in child support and they will split the cost of their children's private security, private schooling and university.

Neither will pay the other spousal support, and they will each pay their own debts.

The court documents filed on Tuesday asked for a judge's approval of the terms, which have been agreed by the former couple.

West and Kardashian, 42, had a prenuptial agreement and had kept their property largely separate.

The couple married eight years ago at a Renaissance fort in the Italian city of Florence in 2014. Kardashian filed for divorce almost a year ago.

In March this year, a judge declared them legally single at her request.

They appeared to be heading for a cordial split, but West has lashed out on social media against the reality TV star, her family and Pete Davidson, her boyfriend of nine months.

The rapper, 45, complained he was not being allowed to make important parenting decisions and was being excluded from his children's milestones, such as birthday parties.

Kardashian called his attacks "hurtful", accusing him of making co-parenting "impossible every step of the way".

West, who has fired two lawyers since the divorce filing, had wanted the right to question any new husband of Kardashian's under oath, which a judge rejected.

West's reputation has been battered in recent months by his offensive and antisemitic remarks, which prompted several companies to cut ties with him.