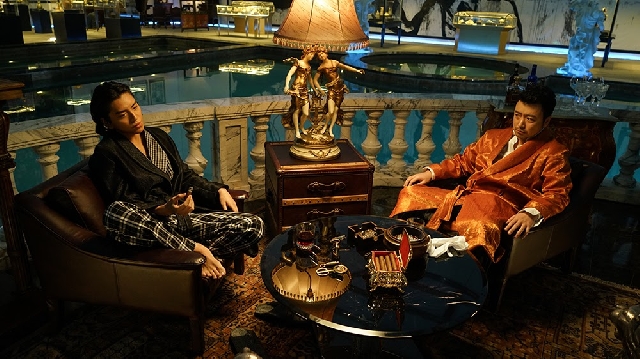 A scene from 'Super Me'

Global streaming service Netflix has acquired multi-territory streaming rights to upcoming Chinese fantasy film “Super Me.” The story is an aspirational tale, combining lucid dreaming and a rags to riches plot about a struggling screenwriter.

It was directed by Chong Zhang (“Fourth Wall”) and has a cast that is headed by Taiwan’s Darren Wang, along with Cao Bingkun, Song Jia and Wu Gang.

But its hometown theatrical release, scheduled for 2019, was canceled by the distributor. “Super Me” finally enjoyed its mainland China premiere last week and will now reach commercial screens in China on Friday.

Netflix, which did not confirm an online release date, has picked up rights excluding mainland China, the former-Yugoslavia territories and the Indian subcontinent. Rights sales are handled by Beijing- and Amsterdam-based Fortissimo Films. Production is by Baima Film and Fortissimo’s parent company Hehe Pictures.

Netflix does not operate as a streaming service within mainland China. But in recent months it has licensed several mainland Chinese films to show to international audiences. These include “The Yin Yang Master” a fantasy film that was one of the big seven tentpole titles during the Lunar New Year holidays, directed by Li Weiran and starring Chen Kun and Zhou Xun. It also licensed (again from Fortissimo) “The Yin-Yang Master: Dream of Eternity,” directed by Guo Jingming (“Tiny Times”).