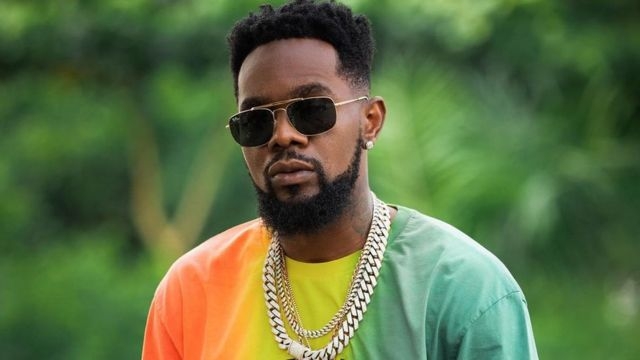 Nigerian music star Patoranking has cited Blakk Rasta and his Taxi Driver radio show as one of the inspirations behind his choosing to do reggae/dancehall music.

The other is Ghana's vibrant reggae/dancehall scene.

The serial hitmaker was guesting on Accra-based Hitz FM on Tuesday, 20 September, 2022, when he said this.

He began by narrating to Hitz FM’s Andy Dosty his humble beginnings and how he decided to do music.

It all started on the streets of Osu which became his home when he “was like 17, 18-years-old.”

“From Container to Papaye to Towers, those were my zones. Maybe if I want to extend further, we’ll go to Blue Gate during evenings,” Patoranking indicated.

Despite the harsh circumstances under which he lived in Ghana, he explained he was not depressed “because I was seeing people going through the same thing, you know.”

“I was on the street homeless for a very long time but still doing what I knew would actually change my life,” the Nigerian expressed his resolution adding he was, “trying to make music as well.”

“And you know the reggae/dancehall culture in Ghana is huge, which is a part that I chose,” with his hands, he demonstrated his efforts to master the music style and revealed an inspiration: “Shout outs to Blakk Rasta [and his show] Taxi Driver. I was glued to that [radio] programme.”

“Shout outs to PY, Bless the Mic, for the countless opportunities,” he also added.

“Those were like the times I was listening to music [and] doing music as well,” the multiple award-winning singer noted.

The ‘No Kissing Baby’ hitmaker earlier disclosed he had initially come to Ghana to pursue tertiary education at the University of Cape Coast, Cape Coast.

Due to insufficient funds from his provider and father, however, he had to resort to the street life in the capital city of Ghana, Accra, including “the only thing I know how to do that can actually change the face of my family, music.”