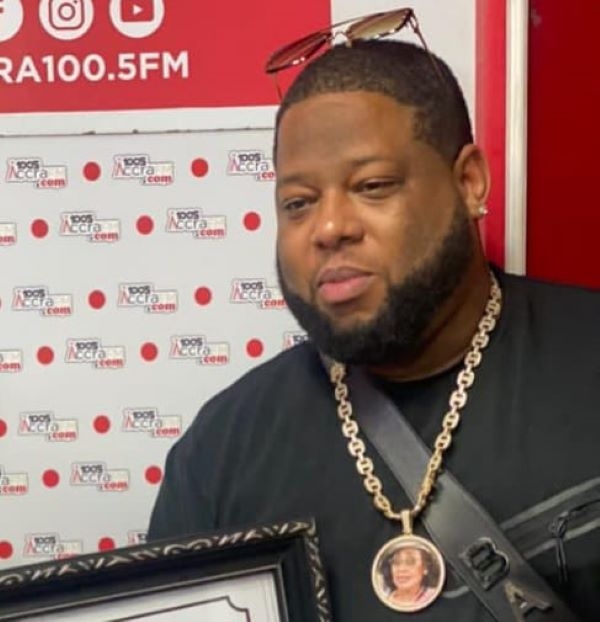 After just under three decades, the music arm of COSGA was handed over to GHAMRO, which instituted an interim board to administer its duties.

Speaking to Docta Kay on Accra100.5FM’s Drivetime show Nkrankwanso on Thursday, 28 October 2021 about royalties for creative artistes among other issues, D-Black said since he got into the music industry, he only got GHS600 from GHRAMRO about five, six years ago as royalties and nothing more.

In his view, the whole royalties regime must be overhauled.

So, he noted, “once that comes into play, it will affect so many companies that support musicians”.

Right now, he added, “if the government says musicians are going to be paid – even though that’s the right thing to do – the pocket of the musician will become fatter but the pocket of the radio and TV stations will be slimmer”.

“So, for it to work, for everything to move smoothly, I feel like it has to take government’s intervention”, he proposed.

“So, if they are taking; let’s say GHS10,000 from the kitty of the radio station to pay the artistes, the government should also reduce taxes for the radio station by that same amount so that everybody will be happy”, he added.

“But it can only happen if the government intervenes”, he stressed.

Also, D-Black pointed out, “I feel like GHAMRO and COSGA are not doing a good job at revenue collection, royalty disbursement and statements”.

“Nobody has received statements from them before. That I know of. I haven’t. And, I feel like those entities should be shut down; a new entity should be brought in to manage the affairs of musicians in Ghana”, he proposed.

D-Black illustrated that if the royalties regime is got right in Ghana, everybody in the music value chain will get incentivised and become even more creative.

“Royalties are not just for the artiste; it’s for the producers, instrumentalists, songwriters, vocalists – it spreads around so that everybody gets what they deserve so that DJs and producers can even create their own songs” so that “this DJ has featured his favourite three artistes on a song; he, as a DJ can’t go on stage and perform the song. So, if he invests in it, how will he get his money back?” he wondered.

“But if he’s getting royalties quarterly, then he knows that ‘I’ll get my cheque from this royalty collection society’, then he can also say that he is making money from the music which he’s creating”.

“It happens in South Africa and Nigeria. You see plenty Nigerian DJs releasing songs. One of my friends called DJ Neptune has a big song, he’s making money off of it; he’s collecting royalties. There are DJs in South Africa, the United States – DJ Khalid for instance but it’s zilch in Ghana”.

“There’s so much that needs that to be done. It has to start all the way from the roots all the way up”.