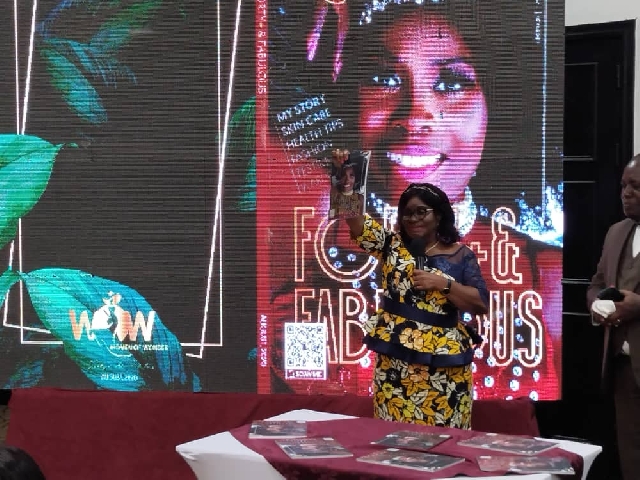 The Women of Wonder(WoW) magazine; with the tagline forty-plus and fabulous, a  journal that seeks to promote healthy lifestyles for women above 40 has been launched in Accra.

The magazine is to offer its readers, mainly women, a better reflection on womanhood and as well promote the cultures of the country to model young women in the country.

The magazine will offer tips on decent dressing among others for women who are above 40 and seek to live a classy life.

Speaking at the launch, Abena Ruth Amankwah, President of WoW Magazine, said it is focused on marketing Ghanaian products with a particular interest in women.

She said the 120-page magazine will highlight issues of classy women as well as investment opportunities in the country.

According to her, the magazine seeks to portray decency and serve as a platform for educating young women who seek to live classy lives.

“It will also educate them on the need to uphold their dignity as women”, she maintained.

According to her, the magazine will further teach young women not to model their lives on those of celebrities who are not decent.

Speaking on the theme: “Developing Your Personality and Fashion Brand as a Career Woman” on behalf of the Minister of Communications and Digitalization, Mrs. Lexi Owusu Boahen said young women need to be educated on their rights and their culture.

“In the past, women were prevented from getting an education, from voting, and in some countries prevented from driving but these situations have changed and women are leading the chart for development,” she said.

For her part, the Chief Executive Officer and founder of WoW Magazine Mrs Gloria Asare said Ghana needs to preserve its next generation by leaving a cultural legacy for the young ones.

“As a country, we need to instil discipline in our children for them to grow to be good leaders in the country”, she added.

“In today’s fast-growing world, many turn to leave behind their culture,” she said.

At the launch were representatives of the Minister of Communications and Digitalisation; and Minister of Information as well as journalist Gifty Anti, Municipal Chief Executive (MCE) for La-Nkwantanang Municipal Assembly Jenifer Dede Ajabeng; and Ms Sarah Dugbakie Pobee, District Chief Executive for Ada East District Assembly.