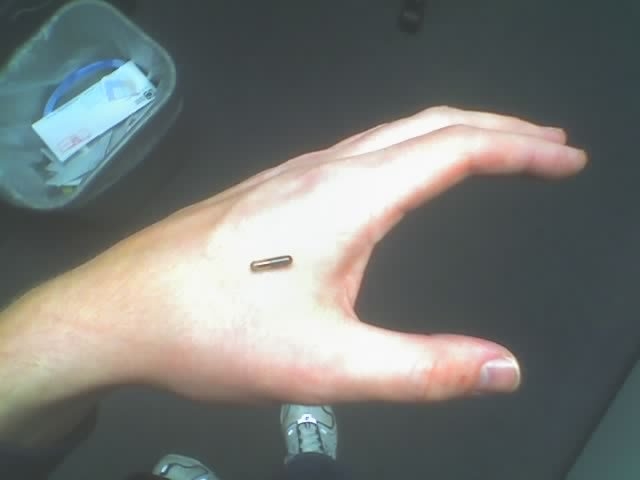 A self-described cybernetics enthusiast from Utah recently made news headlines after having his Tesla 3 key embedded in his hand, allowing him to unlock it just by holding his hand close to the car.

Ben Workman has four computer chips embedded in his hands that allow him to perform different actions, from locking and unlocking his Tesla and the doors at his workplace, to logging into his computer and even sharing contact information. He has always been fascinated by technology and was eager to become a real-life cyborg as soon as the option became available, but he had trouble finding someone willing to perform the procedure at first. He was turned down by a veterinarian, a doctor and a piercing studio for his first two implants, so he eventually convinced a family member to do it.

Having the small computer chips transplanted under the skin involves using a syringe to pop them out in the desired location, but the Tesla unlocking chip was a lot trickier so he had to convince a piercing studio to help him. It wasn’t the easiest thing to do, though.

“I figured they would be fine with it, but they took one look at the thing I had in my hands and they said no,” Workman told Fox13.

While the four chips in his hands are functional, Workman admits that he sometimes uses them to convince people who don’t know about them that he has magic powers.

“I play tricks on people who don’t know I have it in my hand. I try and convince them a banana is the key and then I hold a banana up and the chip unlocks the door,” the cybernetics buff said, adding that he also has a simple magnet embedded in his left hand specifically for “magic tricks and fun stuff”.

Ben Workman doesn’t plan on stopping at four chip implants. In fact, he now plans to get another one that would help him make payments directly with his hand.

Biohacking, the transplantation of small chips under the skin, has been growing in popularity over the last three years, and we’ve already featured all kinds of intriguing cases, like the Swedish tech company that offers employees free chip implants to make their lives easier, or the Russian biohacker who had a digital compass implanted on his chest.