Ugandan woman marries 3 men at once after failed monogamous marriage 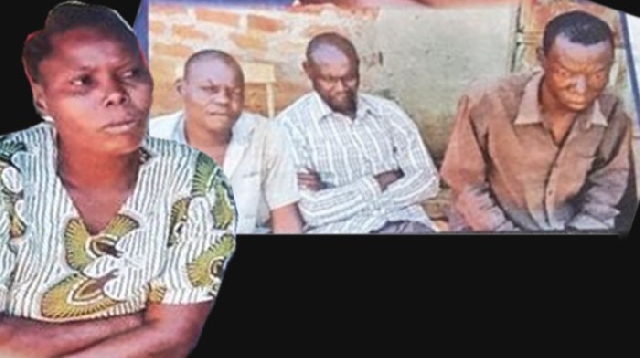 A 36-year-old woman from Amugagara, in Uganda, made national news headlines for marrying three men at once after her monogamous relationship failed.

The daughter of a Christian pastor in Uganda’s Teso community, Ann Grace Aguti had been at odds with her clansmen ever since she decided to get multiple husbands. However, she always defended her choice by saying that she had been married to only one man like it is customary in her community, but her husband had turned out to be a big disappointment. She had wanted a “tender, loving husband, who can provide all my needs as a housewife,” but he turned out to be utterly useless, so she left him and decided to try her luck again, this time with multiple men at once. 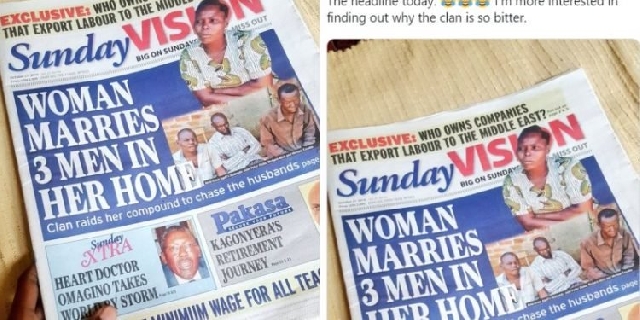 “My husband was useless and I remained the breadwinner. When I left him, I started looking for that special someone, but I have not yet found him because even now, I have to feed the men that I have. So, my search continues,” Aguti told the Sunday Vision newspaper.

Her father, Pastor Peter Ogwang, claims that while his daughter is currently married to three men, there were actually more of them in the past and that he and the other villagers had driven away one of them just last year for attacking her with a sickle. He recently rallied the community of Amugagara to expel Aguti’s three remaining husbands from her complex, claiming that they had no right to live there. But the 36-year-old woman told everyone that she was an adult and that living with three husbands had been her choice.

Aguti’s three husbands –  Richard Alich, a widower and retired police officer, John Peter Oluka, a fairly well-off peasant, and Michael Enyaku, a senior bachelor, all live in their own respective huts in the woman’s six-hut complex and reportedly get on very well. They eat all their meals together and obey Aguti’s every instruction. They consider her the head of the family and let her make all the decisions, including the conjugal order.

“Her bicycle had developed a mechanical problem, so I offered to repair it. In the process, one thing led to another and I found myself here. I stay in that hut,” Richard Alich told the Sunday Vision about how he ended up with Aguti.

“I met her at a swamp where I was grazing my cows and joked about her taking me on as a husband too — and that was it. She allocated me a hut,” co-husband John Peter Oluka added. “We have lived harmoniously for close to a year now. I have no problem with my co-husbands. The consensus among us is that mummy (Aguti) determines the duty roster and her decision is final.”

Pastor Peter Ogwang managed to get the three husbands evicted from his daughter’s complex, but only temporarily. The village head argued that the men had not been introduced to him, so if they wanted to return, they had to get the proper identification and introduce themselves to the local authority. The men left but vowed to return, and as of last week, Michael Enyaku had already moved back into his hut.

Ann Grace Aguti, who earns a living by selling cooked cow trotters, is six months pregnant with her fourth child. It is not clear who the father of her pregnancy is because Michael Enyaku is not the only one claiming responsibility.