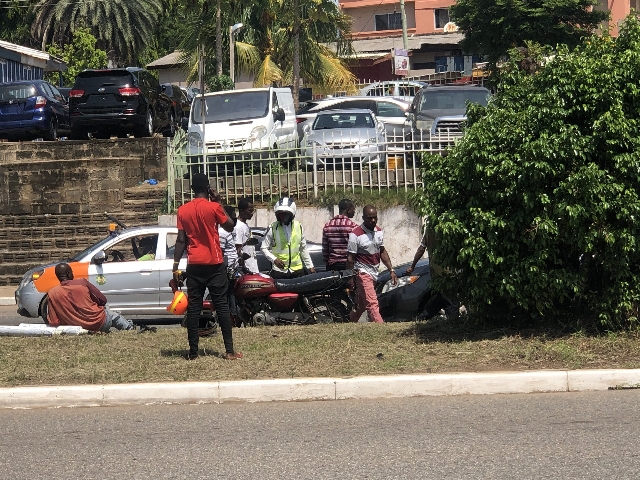 On Saturday, 16th January 2021 about 7.10 am a soldier who has been identified as Sgt Owusu Collins of Military Southern Command Quarters was knocked off his motorbike by an alleged KIA Truck on the Tesano-Achimota road.

The victim who was riding an unregistered boxer motorbike from Tesano direction towards Achimota through Accra -Nsawam main road on reaching a section of the road in-front of Apenkwa Total Filling Station was knocked by the Kia Truck.

The driver in-charge the said truck failed to stop and bolted with the accident vehicle.

The victim sustained serious injuries and was rushed to 37 Military Hospital for treatment but was pronounced dead soon on arrival by the medical officer on duty Dr Amoah.

The body has since been deposited at the same hospital mortuary pending autopsy.