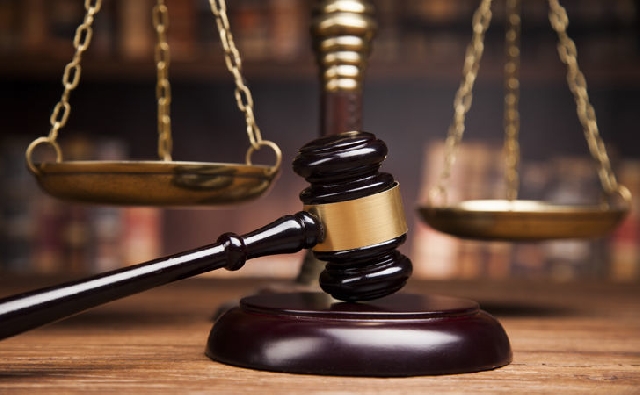 The ten suspects were fined GHS288,000
Ten persons who flouted the ban on mass gathering and embarked on a demonstration at Nima on May 5, 2020, have been fined a total of GHS288,000 by an Accra Circuit Court.

They were convicted for violating the ban on public gathering as stipulated in Executive Instrument (E.I 64) issued by President Nana Addo Dankwa Akufo-Addo to curb the spread of the coronavirus disease (COVID-19).

Each of the accused persons will pay GH¢28,800 and in default serve four years in prison.

They pleaded guilty to four counts of conspiracy to commit crime, failure to notify the police of desire to hold special event and failure to comply with restrictions imposed on public gathering in contravention of E.I 64 and the Imposition of Restrictions Act, 2020 (Act 1012).

They were convicted on their own plea by the court, presided over by Mrs Susana Eduful on Wednesday, June 3, 2020.

The imposition of restriction Act

Per Section 6 of Act 1012, “a person who fails to comply with the restrictions imposed under the Executive Instrument issued under subsection 1 of Section 2 commits an offence and is liable on summary conviction to a fine of not less than 1,000 penalty unit (Gh¢12,000) and not more than 5,000 penalty units (Gh¢ 60,000) or to a term of imprisonment not less than four years and not more than 10 years or to both.”

Presenting the facts of the case, the prosecutor, Inspector Samuel Ahiabor, said the Accra Regional Police command received information on May, 4, 2020 that some people were planning to demonstrate on May 5, 2020, near the private residence of President Akufo-Addo at Nima.

Inspector Ahiabor said on May 5, 2020, at about 10:30 a.m, a group of people numbering about 50 converged at Frankies Hotel, Nima, with placards, some of which had the inscription “Osafo Marfo doesn’t respect”, “Why our northern sister”, “Betrayal of the people”, “Deny Hajia Tina”, “Deny the entire Zongo” among others.

The prosecution said while the demonstration was in progress by the “recalcitrant” young men, the police swooped on them and arrested 10 of them including their leader, Yahaya Alhassan, while others fled.

The prosecution presented photographs of the placards used by the convicts in court.