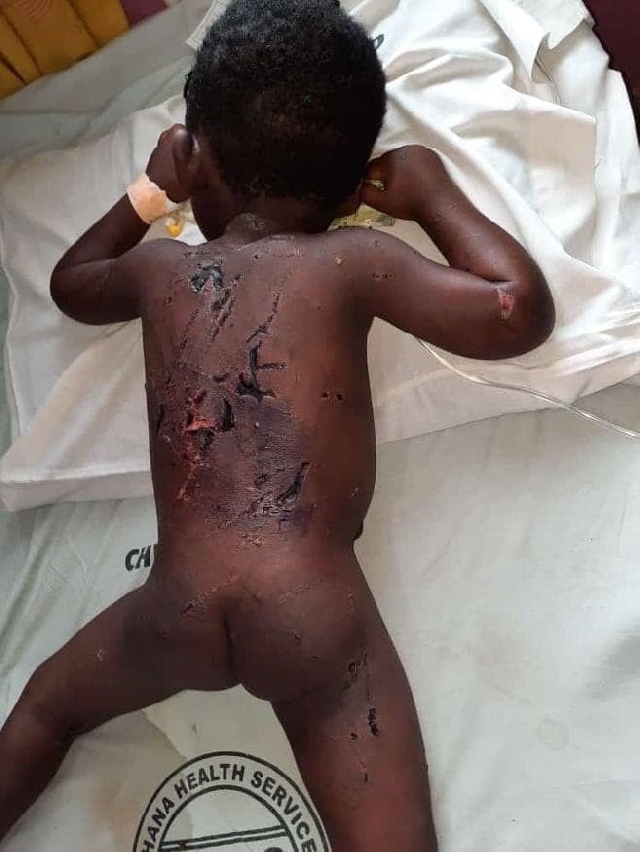 A circuit court in Kumasi presided over by Patricia Amponsah, has admitted a 25-year-old father who mercilessly beat his three-year-old son until his flesh shredded up, to a bail bond of GHS50,000 with three sureties.

Ebenezer Osei Bonsu, a national service personnel, was arrested after inflicting several deep open wounds on his son with a wire and belt for spoiling his phone, wetting his bed and being stubborn.

The incident happened on Sunday, 10 May 2020 at Buokrom in Kumasi.

He was charged with assault and causing harm. He pleaded not guilty to all the charged. He is to reappear in court on 21 May 2020.

Apart from his back, which is covered with deep open sores, the little boy also suffered injuries on other parts of his body from the merciless beatings at the hands of his father.

According to Class91.3FM’s Ashanti regional correspondent Maxwell Attah, the parents of the boy are separated and, so, each takes custody of him on different days.

The incident happened while the boy was spending the weekend with his father.

According to Maxwell Attah, the child’s mother broke up with her abusive boyfriend after she gave birth to their son.